US Sports Still in the Grip of Racism 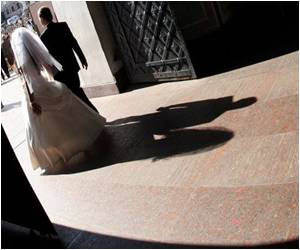 Racism in American sport is once again in the spotlight following the comments attributed to Los Angeles Clippers owner Donald Sterling.

Sixty-seven years after Jackie Robinson famously broke baseball's "color line" when he went to bat for the Brooklyn Dodgers, the specter of racism still looms large over US professional sport -- from outspoken billionaire franchise owners to foul-mouthed players and bigoted fans who spew xenophobic nonsense behind the anonymity of Twitter avatars.

"Racism remains a problem throughout our society as a whole, and sports merely reflects that," said Ray Halbritter, who has been leading a campaign for the Washington Redskins to drop their racially charged name.


"The good news in the Sterling situation is that everybody acknowledges that his statements are unacceptable," Halbritter, representative of the Oneida Native American nation in upstate New York, told AFP.
Advertisement
Sterling, 80, has yet to apologize for a recording in which he reputedly asks a twenty-something female friend to stop bringing African-American friends to Clipper games and stop posting their photos on her Instagram feed.

"It bothers me a lot that you want to broadcast that you're associating with black people. Do you have to?" says a male voice on the recording, which Sterling's estranged wife has confirmed as his.

"You can sleep with (black people). You can bring them in, you can do whatever you want. The little I ask you is not to promote it... and not to bring them to my games."

President Barack Obama, the first African-American to be elected US president and also a well-known basketball fan, swiftly denounced the comments as "incredibly offensive racist statements," while basketball legend Magic Johnson questioned whether Sterling was fit to own a National Basketball Association (NBA) franchise.

Sterling, a real estate mogul estimated by Forbes business magazine to be worth $1.9 billion, is by no means the first US sports franchise proprietor to come under fire for racism.

In the 1990s, Marge Schott of baseball's Cincinnati Reds offended just about everyone with her casual use of racist language, her mocking Japanese accent, her admiration for Hitler and her belief that men with earrings were "fruity."

She sold her majority stake in the Reds in 1999, three years after she was banned by Major League Baseball from her close involvement in the team's day-to-day operations.

More recently, in the US capital, Washington Redskins owner Dan Snyder has stubbornly resisted pressure from Native Americans and their allies to rebrand his National Football League (NFL) team.

"While Sterling has tried to retroactively disassociate himself with the abhorrent comments in question, Dan Snyder proudly defends his own continued promotion of a dictionary-defined racial slur," Halbritter said.

In November, in the NFL, the Miami Dolphins suspended Richie Incognito over the racially tinged harassment of a black team-mate, while in 2013 the Philadelphia Eagles suspended Riley Cooper after a video emerged of him using racially abusing a bouncer at a Kenny Chesney country music concert.

"Welcome to america where god bless america is sung at our national pastime by a mexican," sneered one of many Twitter mentions that overlooked the fact that Anthony was born in New York to Puerto Rican, and thus American, parents.

Debra Nixon, a professor at Nova Southeastern University in Florida who specializes in diversity issues, said racism in American sports, and indeed throughout American society, remains "a pervasive problem."

"And it's going to keep happening until we really begin to do something constructive (about discussing race in America)," she told AFP, "as opposed to just having someone apologize until somebody else messes up."

Source: AFP
Advertisement
<< Egypt: Massive Necropolis With Some 50 Mummies Unearthed
'To Kill a Mockingbird' Now as an E-Book >>

Say No to Racism
Intelligence is not a remedy for racism, as smart people are just as racist as their less ......

Dutch 'Black Pete' Racism Claim Pondered by UN Body
A media report has revealed that the UN human rights body is mulling whether a Dutch caricature ......

World Cup 2014 Football Injuries
World Cup Football 2014 has seen its share of injuries that are part and parcel of any sport, more s...