US Spends More on Healthcare Among Developed Countries 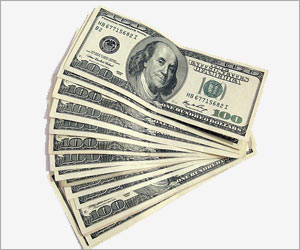 Americans on average continue to spend much more for health care -- while getting less care -- than people in other developed countries, according to a study from a team led by a Johns Hopkins Bloomberg School of Public Health researcher. The paper will appear in the January issue of Health Affairs.

The researchers, along with the late Princeton health care economist Uwe Reinhardt, who died in 2017, came to the same conclusion in their well-known 2003 study, "It's the prices, stupid: why the United States is so different from other countries." The new analysis is in part a tribute to the late Reinhardt.


"In spite of all the efforts in the U.S. to control health spending over the past 25 years, the story remains the same--the U.S. remains the most expensive because of the prices the U.S pays for health services," says lead author Gerard F. Anderson, PhD, a professor in the Bloomberg School's Department of Health Policy and Management.

For nearly half of older Americans, the pattern of high spending on healthcare was already in motion a full year before they died, revealed a new study.
Advertisement
Both studies were based on an analysis of health care use and spending in the U.S. and the other industrialized countries that are members of the OECD. The updated study was co-authored by Peter Hussey, PhD, vice president of the RAND Corporation and Dean Varduhi Petrosyan, PhD, of the American University of Armenia.

Anderson and his colleagues noticed one big difference between 2003 and 2016: a widening of the gap between what public insurers and private insurers pay for the same health care services. In order to lower per capita health care spending, the authors recommend that the U.S. should focus on what private insurers and self-insured corporations pay, since they pay significantly more than public insurers.

The researchers also found that health spending in the U.S. has been growing faster than the other OECD countries in spite of efforts to control spending in the U.S. Overall U.S. health spending increased at an average rate of 2.8 percent annually between 2000 and 2016, which is greater than the OECD median annual increase of 2.6 percent. Per capita, inflation-adjusted spending on pharmaceuticals also increased much more quickly in the U.S.--at a rate of 3.8 percent per year, compared to just 1.1 percent for the OECD median.

During the same period, U.S. gross domestic product (GDP) per capita increased by only 0.9 percent annually, which means that health care continues to represent a larger share of GDP. U.S. health care spending in 2016 totaled 17.2 percent of GDP, compared to just 8.9 percent for the OECD median.

Not only does the U.S outspend other OECD countries, on the whole it has less access to many health care resources. The researchers found that in 2015, the most recent year for which data were available in the U.S., there were only 7.9 practicing nurses and 2.6 practicing physicians per 1,000 population, compared to the OECD medians of 9.9 nurses and 3.2 physicians.

Although the U.S. ranked second in the numbers of MRI machines per capita and third in the numbers of CT scanners per capita--implying a relatively high use of these expensive resources--Japan ranked first in both categories, yet was among the lowest overall health care spenders in the OECD in 2016.

"It's not that we're getting more; it's that we're paying much more," Anderson says.

Where you live affects the type of bacteria that cause bloodstream infections, according to researchers at Rhode Island Hospital and an international team of investigators.
Advertisement
<< Stroke Produces Dysfunctional Brain Cells, States Study
Around 53 Percent of Women in India are Physically Inactive:... >>

Reductions in government healthcare spending are associated with increased maternal mortality rates in the EU.