US Reaches Settlement With 457 Hospitals Over Violation on Cardiac Device 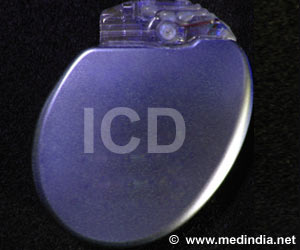 The University of Pittsburgh Medical Center (UPMC) has reached a $5.4 million settlement with the US Department of Justice in the case of false-claim violations involving implantation of cardiac devices against Medicare guidelines in patients receiving Medicare payments.

The US Justice Department said that the hospitals were implanting the cardiac device too soon after the bypass surgery of patients, heart attack or angioplasty. It involved implantable cardioverter defibrillators, which detect and treat life-threatening heart rhythms by shocking the heart back to a normal beat.

Medicaid / Medicare are different governmental programs that provide medical and health-related services to specific groups of people in U.S. and managed by Centers for Medicare and Medicaid Services.
Advertisement
‘Many hospitals in the US were implanting the cardiac device at a cost of $25,000 each to Medicare, within 40 days after a patient had a heart attack or within 90 days after a patient had undergone bypass surgery and angioplasty’


The investigation began from a complaint filed seven years ago by Leatrice Richards, a registered cardiovascular nurse and Medicare-compliance and reimbursement consultant, and Thomas Schuhmann, also a Medicare-compliance and reimbursement consultant. They stand to receive $38 million from the settlements. The amount represents about 15 percent of the settlement amount.

This section gives an introduction about the status of Healthcare Sector in USA - in the past and present and introduction of reforms for a secured future.
Advertisement
The Justice Department took action against hospitals that implanted cardiovector defibrillators, at a cost of $25,000 each to Medicare, within 40 days after a patient had a heart attack or within 90 days after a patient had undergone bypass surgery and angioplasty.

The Department continues to investigate additional hospitals for performing unnecessary procedures against science-based guidelines. The investigation has resulted in major reductions in patients undergoing surgical procedures to implant ICDs.

"The settlements demonstrate the Department of Justice's commitment to protect Medicare dollars and federal health benefits", said Wifredo A. Ferrer, U.S. Attorney for the Southern District of Florida.

Tal Golesworthy, a British Engineer, and a victim of Marfan syndrome, set his 'heart' on developing an aortic enlargement to treat his own problem.

Drug Side Effects Calculator Color Blindness Calculator Calculate Ideal Weight for Infants Vent Forte (Theophylline) Nutam (400mg) (Piracetam) A-Z Drug Brands in India Sinopril (2mg) (Lacidipine) Drug Interaction Checker Sanatogen Find a Hospital
This site uses cookies to deliver our services.By using our site, you acknowledge that you have read and understand our Cookie Policy, Privacy Policy, and our Terms of Use  Ok, Got it. Close
×