US Public Warned of Swine Flu Outbreak At Fairs 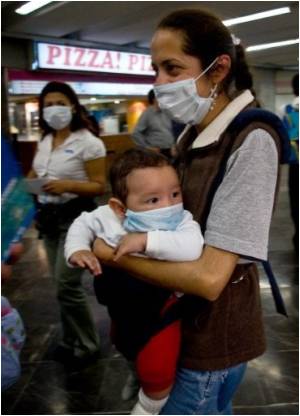 Health officials in US have warned the people to be careful around pigs after reports of flu outbreak among visitors to county fairs.

The virus does not appear to have evolved to the point where it spreads easily among humans, but it does contain a gene from the pandemic H1N1 flu that sickened millions worldwide in 2009 and 2010.

"We are concerned that... may confer the potential for the virus to infect or spread among humans to a greater extent," said Joseph Bresee, an influenza epidemiologist at the Centers for Disease Control and Prevention.


The virus was first detected in July 2011 and there have since been a total of 29 known cases -- 16 of them in the past three weeks -- in the United States.

Find out the risks for contracting swine flu and take the necessary precautionary steps. Swine flu caused a pandemic in 2009 with several deaths reported worldwide.
Advertisement
It is a relatively mild flu -- everyone recovered and only three people were hospitalized. As a result, many more cases have likely occurred without being reported to health officials.

The bulk of the reported cases were among children, who are more susceptible to swine flu.

"We also expect some of the cases may be severe," Bresee cautioned.

Bresee urged people to go to the doctor if they feel flu symptoms after coming into contact with pigs so that public health officials can better track the outbreak.

"What we're really going to be looking for is evidence that the virus has made that change to spread efficiently among humans," he explained. "So far we haven't seen that."

Simple hygiene -- hand washing after contact with animals and not eating, drinking or putting things like cigarettes in your mouth while in animal areas -- can prevent the flu's transmission.

Pregnant women, children younger than five, the elderly and those with chronic illnesses should avoid exposure to pigs and swine barns.

Is the world in the grip of its first influenza pandemic in forty years? It definitely seems so! The current swine flu or pig flu disaster traces its origin to the badly- hit State of Mexico.
Advertisement
<< Elephants and Humans Have Similar Vocal Mechanisms: Study
New Method May Help Detect Thyroid Disease Accurately >>