American Falls Prey to Lassa Fever, 6th Case Since 1969 in The United States

US health authorities report that a US man died of a rare African virus in New Jersey after returning from West Africa but the risk of infection is very low.

US Centers for Disease Control and Prevention (CDC) said that the man died of Lassa fever. Although the virus triggers hemorrhagic symptoms, it differs from Ebola.


The US man, who was not identified, had traveled from Liberia to Morocco before arriving at New York's John F. Kennedy International Airport. He was hospitalized on May 21, 2015 after an initial hospital visit during which doctors failed to identify the virus.


It was only hours before his death that blood samples analyzed by the CDC tested positive for Lassa fever. The patient was in an isolation unit at the time of his death, according to the CDC.

The CDC said it was working to identify those who came in contact with the patient, and that his close contacts will be monitored for 21 days to see if any symptoms emerge.

The New Jersey case was the sixth known of its kind since 1969 involving a traveler returning from Africa, without counting those in recovery.

Lassa Fever Kills Eight in Benin, 170 Under Observation
An outbreak of Lassa fever in West African, Benin has killed Eight people and 170 people are under observation, officials said on Thursday.
READ MORE 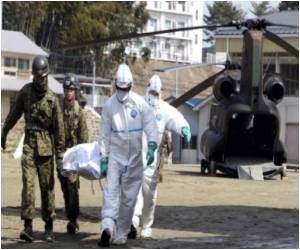 WHO Says There are 500,000 Lassa Fever Cases Each Year in West Africa
The World Health Organisation (WHO) said Wednesday that there are an estimated 500,000 people in west Africa infected with lassa fever every year.
READ MORE 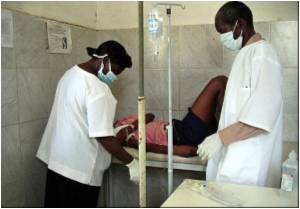