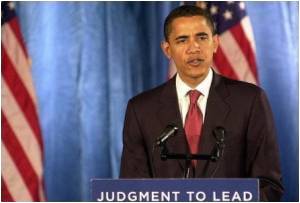 In some welcome news, President Barack Obama personally apologized to his Guatemalan counterpart for a US-led study conducted in the 1940s, in which hundreds of people in the Latin American state were deliberately infected with sexually-transmitted diseases.

In a phone conversation with Guatemalan President Alvaro Colom, Obama expressed his deep regret for the experiment conducted by US public health researchers in Guatemala between 1946 and 1948, and apologized "to all those affected."

Syphilis is a sexually transmitted disease caused by the spirochete bacterium. Syphilis can be passed from mother to her baby during pregnancy.
Advertisement

The US president also vowed that all human medical studies conducted today will be held to exacting US and international legal and ethical standards.


"This is shocking, it's tragic, it's reprehensible," White House spokesman Robert Gibbs told reporters, adding to apologies and outrage voiced by the president, Secretary of State Hillary Clinton, Health Secretary Kathleen Sebelius and other US officials.

Clinton had phoned Colom Thursday to express her personal outrage and deep regret over the "reprehensible research."

"What happened all those years ago is a crime against humanity and the government reserves the right to lodge a formal legal complaint over it," Colom said.

But almost immediately, he backed off his tough talk, saying: "We are aware that this is not the policy of the United States... this happened so long ago."

Clinton and Sebelius said in a joint statement Friday that the study was "clearly unethical" and apologized to all those who had been affected by it.

Francis Collins, director of the National Institutes of Health (NIH), the US government body that funded the study, called it "deeply disturbing" and "an appalling example in a dark chapter in the history of medicine."

Senator Robert Menendez, a member of the congressional Hispanic caucus, called the experiments in Guatemala one of the "darkest moments" in US history.

"No innocent fellow human should be treated as a lab rat, no matter your nationality," Menendez said.

Cutler and his fellow researchers enrolled people in Guatemala, including mental patients, for the study, which aimed to find out if penicillin, relatively new in the 1940s, could be used to prevent sexually transmitted diseases.

"There is no evidence study participants gave informed consent, and in fact... the subjects were often deceived about what was being done to them," Collins told reporters as he outlined the experiment's most flagrant ethics violations.

The US doctor behind the Guatemala study, Cutler, was also involved in a highly controversial study known as the Tuskegee Experiment in which hundreds of African American men with late-stage syphilis were observed given no remedial treatment for 40 years, between 1932 and 1972.

Initially, the researchers infected female commercial sex workers with gonorrhea or syphilis, and then allowed them to have unprotected sex with soldiers or prison inmates.

"When few of these men became infected, the research approach changed to direct inoculation of soldiers, prisoners and mental hospital patients," background documents on the study show.

A total of some 1,500 people took part in the study. At least one patient died during the experiments, although it is not clear whether the death was from the tests or from an underlying medical problem.

The US surgeon general in the 1940s, Thomas Parran, appeared to have been aware of the experiment, as were "components" of the Guatemalan government at the time, said Collins.

The Pan American Health Organization, whose predecessor, the Pan American Sanitary Bureau, received grant money from the NIH for the study, expressed its "deep regrets for past ethics violations" and vowed to cooperate with investigators as they dig out specifics of the study.

Independent experts under the umbrella of the US Institute of Medicine will conduct a fact-finding probe of the Guatemala study, and the US Presidential Commission for the Study of Bioethical Issues will convene international experts to review standards surrounding human medical research, Collins said.