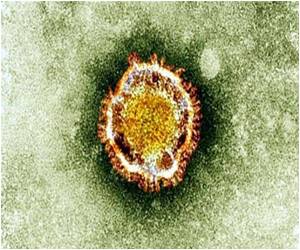 The US' first case of the deadly Middle East respiratory virus, MERS, a male healthcare worker who was infected when working in Saudi Arabia, is recovering well from his infection, though he is still hospitalized and in isolation, while there have been no new cases, health officials revealed.

MERS, short for Middle East respiratory syndrome coronavirus, is a concern to authorities because even though it is harder to transmit than the flu, it is often deadly.


It first emerged in Saudi Arabia in 2012, and has since infected hundreds of people in 12 countries.

Symptoms include fever, cough and shortness of breath. About 30 percent of cases have been fatal, particularly among elderly people and those with pre-existing health problems.
Advertisement
The Indiana patient is believed to have acquired MERS while working in a healthcare setting in Riyadh, where other patients with MERS were present, though he was not working specifically with them, officials said.

He then traveled by plane to London and Chicago, where he boarded a public bus toward Indiana. On April 28, he went to the emergency room and tests confirmed he had MERS on May 2.

The Centers for Disease Control and Prevention obtained the manifest of travelers on the plane, which included about 100 people. About 10 passengers were on the bus, said Daniel Feikin, the lead medical epidemiologist from the CDC.

"So far almost three-quarters of the travelers have been contacted and to date none of them have been symptomatic," he said.

In addition about 50 healthcare workers who came near the patient before it was known that he had MERS have tested negative for the virus.

Since symptoms can take up to 14 days to occur, repeat tests are expected to confirm that they have not been infected in the coming days.

In the meantime, family members of the man -- whose identity and age were not released -- and staff members at the hospital who had direct contact with him have been placed in temporary home isolation.

There is no vaccine to prevent MERS and no cure for the lung infection it causes. Some research has suggested it may be crossing from camels into humans.

Last week, Egypt recorded its first infection, after a person who had arrived from Saudi Arabia tested positive.

Meanwhile, Saudi health authorities said Monday that 115 people have died from the MERS coronavirus in the two years since the respiratory disease first appeared in the kingdom.

The country's number of MERS infections has meanwhile risen to 414, the world's highest tally, the ministry reported.

The World Health Organization is working to confirm more cases, but as of Monday the official global tally was 401 confirmed cases of MERS-CoV infection, with 93 deaths, according to the CDC.

MERS is not as contagious as SARS, the respiratory virus that emerged in 2003 and infected thousands of people across Asia.

Rather, MERS is transmitted by close contact among people in the same household or in a healthcare setting, officials said.

The CDC urges people to reduce their risk of infection by washing hands often, covering their nose and mouth when sneezing, avoid sharing of cups or utensils with sick people and disinfecting toys and doorknobs.

Immunity Against MERS Virus Soon to be Provided by Vaccination
A new vaccine that produces immunity against the recently emerged Middle East Respiratory Syndrome ....

One More MERS Virus Death in Jordan
One more man has died in Jordan after being infected with the Middle East Respiratory Syndrome ......