US Gets to Grips With Feral Cats 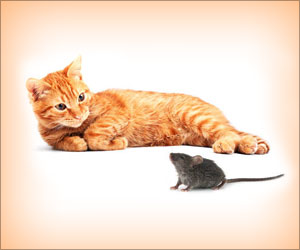 Feral cats are not so common in the US, but times are changing.

It's Friday night in Eckington, a quiet residential corner of Washington, and the back alley is crawling with feral cats -- rich pickings for seasoned cat-trapper Marty King.


"If they're hungry and they haven't seen traps before, they're not hard to catch," she explained.

"But some of them are very smart. There's a female I've been trying to get for a couple of years now and I haven't been able to get her yet."

Pheromones are the wonder chemicals that are known to significantly influence the love chemistry and sexual attraction between a man and woman.
Advertisement
Within 20 minutes, a young gray cat takes the bait -- and by Sunday lands on a veterinary operating table to be spayed or neutered under an ongoing program to bring Washington's feral cat population under control.

Coast to coast, the Humane Society of the United States estimates there are as many as 50 million feral cats, or "community cats" as their advocates prefer to call them. That compares to 95.6 million cats kept as pets.

For decades, standard procedure has been to round them up and euthanize them, but in recent years the trend has swung towards TNR -- trapping, then neutering, then returning cats to the places they were captured.

"Ultimately, our goal is to sterilize all outdoor cats and have them pass on through attrition," Scott Giacoppo, vice president for external affairs at the Washington Humane Society, told AFP.

"So if our plan or our goal happens, there won't be any feral cats."

Not everyone is convinced. Bird lovers in particular see a proliferation of homeless cats -- neutered, sterilized or otherwise -- posing a deadly threat to many avian species.

They cite a study from the Smithsonian Conservation Biology Institute and US Fish and Wildlife Service that estimated that "free-ranging domestic cats" kill a median of 2.4 billion birds and 12.3 billion mammals every year.

"Un-owned cats, as opposed to owned pets, cause the majority of this mortality," said the 2013 study, published in the scientific journal Nature, which called TNR "potentially harmful to wildlife populations."

The Centers for Disease Control has meanwhile asserted that "cats are more likely to be reported rabid in the United States" than dogs. Others say feral cats are potential carriers of infection and parasites.

"The only sure way to simultaneously protect wildlife and people is to remove feral cats from the landscape," said the American Bird Conservancy in a petition sent in January to Interior Secretary Sally Jewell.

"It's certainly a hot-button issue," acknowledged Elizabeth Holtz, staff attorney for Alley Cat Allies, a Washington-based group that promotes TNR and rejects the oft-quoted Smithsonian study as "irresponsible and biased."

She cited the example of Jacksonville, Florida, which has seen "a huge decline in kittens entering their shelters and the number of cats they are euthanizing" since 2009 under a groundbreaking TNR scheme called Feral Freedom.

"Unfortunately, many communities in the United States still continue to trap and kill today, and those communities are not experiencing any change" in numbers of feral cats, Holtz told AFP.

In Washington, every year, around 2,000 feral cats are trapped, sterilized, vaccinated and released -- with a clipped left ear to show for it -- under the Washington Humane Society's Cat Neighborhood Partnership Program, or CatNiPP.

The number has remained constant, something Giacoppo said might be due less to the cat population than to a growing number of volunteer trappers coming forward to help.

"It takes about five, maybe seven minutes for a female cat," said veterinarian Emily Swiniarski before 64 cats went under the knife one recent Sunday at the National Capital Area Spay and Neuter Center.

Many cats get treated at the same time for various ailments.

"We see a lot of wounds," Swiniarski told AFP. "Occasionally we see old broken limbs that have healed over time. Lately we've been seeing a lot of upper respiratory infections -- snotty noses, stuff coming from their eyes."

As cats awaiting surgery meowed gently in towel-covered cages, Giacoppo recalled coming across a 1930s law book that informed humane societies that "part of our job is to round up all the stray cats and kill them."

"We've been doing that for years and years and it doesn't work," he said.

Rabbit Fever, commonly known as Tularemia is a bacterial infection that mostly occurs in wild rodents, rabbits and hares. Tularemia symptoms include chills, eye irritation, fever, sore throat.
Advertisement
Advertisement
This site uses cookies to deliver our services.By using our site, you acknowledge that you have read and understand our Cookie Policy, Privacy Policy, and our Terms of Use  Ok, Got it. Close
×

US Gets to Grips With Feral Cats Personalised Printable Document (PDF)