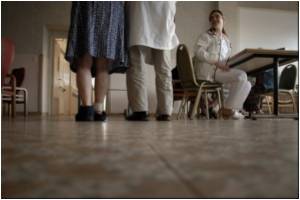 There are some pre-conceived notions among people such as if it is death by homicide, the victim is probably black; by cirrhosis, the decedent is likely Native American.

These stereotypes have small but clear effects on the racial classifications used to calculate official vital statistics, according to a new study by sociologists at the University of Oregon and University of California, Irvine.

When coroners, medical examiners or funeral directors across the United States fill out death certificates, it appears the racial classifications they make are influenced by the decedent's cause of death in ways that reflect long-running stereotypes about violence and alcoholism, says Aliya Saperstein, professor of sociology at the University of Oregon.


Saperstein teamed with UC Irvine sociologists Andrew Noymer and Andrew M. Penner on the study. They found that, for all deaths, 1.1 percent of racial classifications in official statistics differed from reports by the decedent's next of kin. The likelihood of discrepancies, however, varies significantly across the population. Inconsistency rose to 8.8 percent overall among decedents classified as American Indian or Alaska Native.

Sleep is a barometer of good health in the elderly. Sleep problems in the elderly are controlled by various external and internal factors.
Advertisement
The patterns are described in a paper published online Jan. 26 in PLoS One, an open-access journal of the Public Library of Science. They emerged in a review of 22,905 death certificates drawn from the 1993 National Mortality Followback Survey. The survey, developed by the National Center for Health Statistics, provides a sample of U.S. residents who die in a given year and supplements the death certificate with information from the next of kin or another person familiar with a deceased person's life history. The information allows for scrutiny of disease and demographic factors.

"We didn't find much inconsistency, but we shouldn't be finding these patterns by cause of death at all," Saperstein said. "Either there shouldn't be discrepancies, or they should be more randomly distributed. The skew we found reinforces existing racial disparities."

"These underlying differences fuel stereotypes, so that the cause of somebody's death becomes part of the information used by people to make decisions about how to racially classify the decedent," Penner said.

While the discrepancies emerged when the death certificates were compared to racial classifications by next of kin, the researchers noted that it was not clear which report should be considered correct. The differing classifications, they said, provide insights into how an individual's race can be defined differently in different contexts.

"Social science research has increasingly identified race as being flexible -- not fixed, but context-specific," Noymer said. "Our research shows that this flexibility extends to death certificates, and therefore can affect death rates, which are calculated from tabulations of the certificates."

In the study, other factors such as occupation, income, veteran status and places of death were examined but did not account for the link between racial classification and cause of death. The patterns also were similar regardless of whether or not the decedent was described as Hispanic or multiracial by their next of kin.

"Our results suggest that the disparities have started to take on a life of their own, to become self-fulfilling prophecies. People are so used to thinking in stereotypical terms that they create the associations even when they are not actually there," Saperstein said. "The inconsistencies in racial classification are windows into what race means in the United States and how racial distinctions and boundaries are created."
Source: Eurekalert

Is there anyone in this world who fails to be swayed by the magic of youth? None, for when youth explodes joyously all Nature smiles!
Advertisement
<< New Way to Prevent Infections in Dialysis Patients Discover...
Study Finds Why Some People Become Depressed When They are ... >>

Drug - Food Interactions Post-Nasal Drip Indian Medical Journals Blood - Sugar Chart Hearing Loss Calculator The Essence of Yoga Daily Calorie Requirements Iron Intake Calculator A-Z Drug Brands in India Sanatogen
This site uses cookies to deliver our services. By using our site, you acknowledge that you have read and understand our Cookie Policy, Privacy Policy, and our Terms of Use