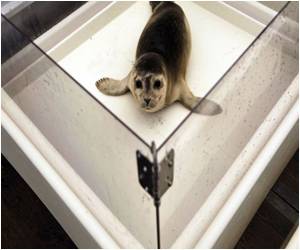 Fresh kind of bird flu has resulted in fatal pneumonia in baby seals off the northeastern US coast. It may pose a risk to humans, states US research.

The new strain has been named avian H3N8, and is blamed for the deaths of 162 seals along the US coastlines last year, said the study in mBio, a journal of the American Society for Microbiology.

Most of the dead seals were younger than six months of age.


While there have been no known human cases to date, scientists at Columbia University in New York urged caution, given the history of bird flu and its ability to evolve into forms that can infect people, like H5N1.

It might not be the plague yet, but the bird or avian flu scare has acquired this nasty habit of sending a shiver down the spine.
Advertisement
"Our findings reinforce the importance of wildlife surveillance in predicting and preventing pandemics," said W. Ian Lipkin, professor of epidemiology at the Columbia University Mailman School of Public Health.

"HIV/AIDS, SARS, West Nile, Nipah and influenza are all examples of emerging infectious diseases that originated in animals," Lipkin added.

"Any outbreak of disease in domestic animals or wildlife, while an immediate threat to wildlife conservation, must also be considered potentially hazardous to humans."

Scientists sequenced the full genome of the new strain and found it originated from a bird flu virus that had been circulating in North American waterfowl since 2002.

Over time, the virus gained the ability to infect mammals by latching on to receptors in their respiratory tracts.

Wildlife experts first grew alarmed in September 2011 when an increasing number of seals from the coasts of Maine to Massachusetts began developing pneumonia and skin lesions.

A total of 162 dead or dying seals were recovered over the next three months, the researchers said.

Early research on the mutations in the strain "suggest enhanced virulence and transmission in mammals," though further study is needed, the authors said.

The bird flu that most people know about, H5N1, remains relatively rare but has killed about half of the people it has infected since the first outbreak in Hong Kong in 1997.

The World Health Organization has tallied 606 human cases of bird flu since 2003 and 357 deaths, according to a June report.

The real challenge lies in convincing people about the goodness of the vaccine as a step towards disease control and public health preparedness.
Advertisement
<< Post-Surgical Scarring in Glaucoma Patients Reduced By Brea...
Sickness Forecast With 90% Accuracy by Twitter >>

Swine flu, a type of influenza caused by a new strain of the H1N1 Type A influenza virus has originated from the pigs. Winter always brings along the chills and the flu, make sure you're safe this season.
Advertisement
News A-Z
A B C D E F G H I J K L M N O P Q R S T U V W X Y Z
What's New on Medindia