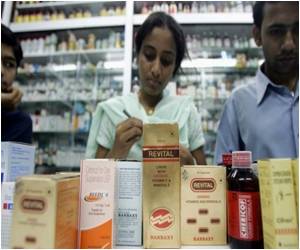 A $500 million dollar fine was announced by US authorities against Indian generic pharmaceutical manufacturer Ranbaxy after it pleaded guilty to selling adulterated drugs in the United States.

Ranbaxy USA, the US subsidiary of Ranbaxy Laboratories Limited, based near New Delhi, pleaded guilty to seven counts of felony after it distributed several India-produced adulterated generic drugs in the US in 2005-2006.

It agreed to pay a criminal fine and forfeiture of $150 million, and another $350 million to settle civil charges, the Justice Department said in a statement.


The Justice Department said it was the largest-ever drug-safety settlement with a generic drug manufacturer.

A former Ranbaxy executive, Dinesh Thakur, will receive approximately $48.6 million from the fines as a whistle-blower in the case.
Advertisement
Ranbaxy, taken control of by Japan's Daiichi Sankyo in 2008, had imported to the United States adulterated batches of the the acne drug Sotret (isotretinoin), the epilepsy drug gabapentin, and the antibiotic ciprofloxacin.

The drugs were all made in its Paonta Sahib facility near Chandigarh, which US Food and Drug Administration inspectors cited for poor record keeping and an inadequate testing for the stability of the drugs over time.

The company also admitted to making false and fraudulent statements to the FDA in 2006-2007 on stability tests made on several other export drugs.

"The investigation that led to this settlement uncovered evidence showing that certain lots of specific drugs produced at the Paonta Sahib facility were defective, in that their strength differed from, or their purity or quality fell below, that which they purported to possess," said John Roth, director of the FDA's Office of Criminal Investigations.

Since last year the Paonta Sahib facility and another, in Dewas, have been blacklisted from producing drugs for the US market until they can meet US drug standards.

In a statement Ranbaxy Laboratories chief executive Arun Sawhney said the company was "disappointed by the conduct of the past that led to this investigation."

"We strongly believe that settling this matter now is in the best interest of all of Ranbaxy's stakeholders," he said.

New Generic Anti-depressant to be Introduced by Ranbaxy
Ranbaxy jumps into an in-licensing agreement with Alembic Pharmaceuticals to start marketing the ......

Ranbaxy Halts Production of Generic Lipitor to Investigate Glass Particle Contamination of Drug
Indian pharmaceutical company Ranbaxy Laboratories confirmed that it will be stopping the ......

Ranbaxy Takes a Hit After Initiating Recall of Atorvastatin Tablets in the US
Ranbaxy Laboratories, revealed that it has initiated a recall of its cholesterol-lowering drug ......