Urban Poor In Ecuador Vulnerable To Diabetes And Cardiovascular Disease

The urban poor in Ecuador are vulnerable to type 2 diabetes and cardiovascular disease, it has been found.

Results of an epidemiological study show that metabolic syndrome is prevalent among them. The syndrome increases a person's risk of developing cardiovascular disease and type 2 diabetes.


Researchers at the Jean Mayer USDA Human Nutrition Research Center on Aging (USDA HNRCA) at Tufts University and the Corporacion Ecuatoriana de Biotecnologia enrolled 225 women and 127 men age 65 and older, living in three low-income neighborhoods on the outskirts of Quito, the capital of Ecuador. The authors examined the relationship between the metabolic syndrome and micronutrients such as folate, zinc and vitamins C, B12 and E. The participants reported their food intake in biweekly interviews and provided blood samples.


Using the International Diabetes Foundation (IDF) definition, the authors determined that 40 % of the population had the metabolic syndrome, with a disproportionate number of women affected: 81 % compared to 19% of the men, which the authors attribute to more of the women being overweight. According to the IDF, the metabolic syndrome is present in centrally obese men and women, as defined by hip and waist measurements, with at least two of the four following metabolic risk factors: raised triglycerides, reduced high-density lipoprotein (HDL) cholesterol, raised blood pressure, and raised fasting plasma glucose (blood sugar).

"In this population of low-income Ecuadorians, we observed a pattern of high carbohydrate, high sodium diets lacking in healthy fats and good sources of protein. Our blood analyses indicates a significant number of participants weren't consuming enough of a range of micronutrients," says senior author Simin Nikbin Meydani, PhD, DVM, director of the USDA HNRCA and the Nutritional Immunology Laboratory at the USDA HNRCA. "After adjusting for age and sex, we observed significant relationships between the metabolic syndrome and two of the micronutrients, vitamins C and E."

"With high-calorie foods lacking essential nutrients serving as pillars of the diet, it is possible to be both overweight and malnourished," Meydani says. "Our data suggests that limited consumption of nutrient dense foods such as chicken, vegetables and legumes makes this small population of Ecuadorian elders even more susceptible to the metabolic syndrome."

Additionally, Meydani and colleagues observed a significant relationship between the metabolic syndrome and C-reactive protein (CRP), a marker of low-grade inflammation that has been associated with cardiovascular disease risk. High CRP blood concentrations were seen in almost half of the population.

Meydani and colleagues view nutrition intervention as a potential strategy for curbing metabolic risk in Latin America. "Presently, there are about 59 million Latin American and Caribbean men and women over the age of 60 and the United Nations predicts the population will reach 101 billion by 2025," Meydani says. "Medical resources are minimal in developing countries and those that are in place are usually not directed toward older adults. Nutrition interventions, such as encouraging older adults to consume more nutrient dense foods, for example, locally grown produce, could reduce the strain on the health care system."

Diet, Lifestyle and Heart Disease - Control
A healthy diet, exercise and lifestyle change is one of the easiest ways to control heart diseases.
READ MORE 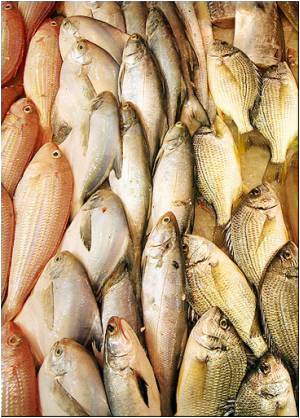 World Diabetes Day  This Sugar Aint So Sweet
For parents whose child is diagnosed with Type 1 or Type 2 Diabetes, the world may come crumbing down. Yet, it does not mean the end of the world.
READ MORE