Unplanned Births in US is 37 Percent 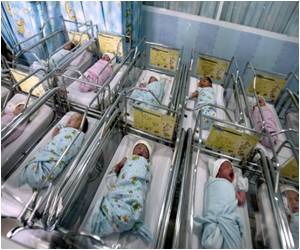 In the US, over one-third of childbirths between 2006 and 2010 were the outcome of unintended pregnancies, reveals a new report.

That means the overall rate of unintended births has not changed much since 1982.

The report is based on data gathered during the National Survey of Family Growth, which was conducted by the Centers for Disease Control and Prevention.

Pregnancy is an experience of growth, change, enrichment and challenge. During the 40 weeks of pregnancy, the expectant mother will go through several physical and emotional changes.
Advertisement
Reducing the rate of unintended births is important because these births bring social, economic and health consequences for the mother and child, the researchers said.

Women who become pregnant unintentionally have higher rates of delaying prenatal care, smoking during pregnancy and not breast-feeding.

Studies show these births are also associated with poorer health during childhood, and poorer outcomes for the mother and the mother-child relationship, according to the report.

Among women who were unmarried and not living with a partner, 66.9 percent of births were unintended, a rise from the 2002 rate of 59.5.

According to the report, the highest rate of unintended births was seen in young women in this group - 78.9 percent of births to unmarried women ages 15 to 24 were unintended.

Unintended pregnancies include both pregnancies that are unwanted, and those are mistimed, meaning the woman said she wanted to become pregnant at some point, but not at the time she did.

Researchers asked women who were not using contraception at the time they conceived about their reasons.

They found that 35.9 percent said they did not think they could get pregnant.

Researchers conducted in-person, 80-minute interviews with a nationally representative sample of 12,279 women ages 15 to 44, to get information about the factors affecting birth and pregnancy rates.

The data are based on pregnancies that ended in live births; those that ended in miscarriage, stillbirth or abortion were excluded.

There is a general belief that a pregnant woman should eat for two people. How far is this true? This compilation of information, presented in the quiz, will tell you more.
Advertisement
<< Restoring Gender Balance in India With Songs And Shame
Virgin 'Miracle' on a Tree In New Jersey Allures Folks >>