Some working-class men frustrated by unmet job expectations are more likely to suffer an early death by suicide or drug poisoning, revealed study led by sociologists at The University of Texas at Austin.

In the study, the researchers compared life outcomes of 11,680 men to the job expectations they held as high school seniors in the early 1980s. The study showed that men who expected to work in jobs that did not require a college degree but later faced declines in the job market were nearly three times as likely to suffer early deaths by suicide and drug poisoning as men who sought work that required a bachelor's degree.

The study, published in JAMA Network Open, is the first to link the rise in suicide and drug-poisoning deaths among men without a college degree to declines in working-class jobs.


"Work plays a major role in how individuals experience their communities, derive a sense of purpose, and thus develop a sense of psychological well-being," said lead author Chandra Muller, a sociology professor and researcher at the Population Research Center at UT Austin. "It's possible that occupational expectations developed in adolescence serve as a benchmark for perceptions of adult success and, when unmet, pose a risk of self-injury."

Early death from self-injury has risen dramatically in recent decades, especially among middle-age white men whose deaths by suicide and drug poisoning increased by 9 and 31 per 100,000 (respectively) between 1980 and 2013. At the same time, the labor market also experienced a discerning trend: the decline of well-paying jobs that do not require a college degree.

Researchers from UT Austin, the University of Minnesota and the University of Wisconsin-Madison investigated the relationship between the two trends using data from the High School and Beyond cohort, a nationally representative sample of 11,680 men who were surveyed throughout high school in the early 1980s, again in 1992 (when they were 28-30 years old), and again in 2015.

Between 1992 and 2015, less than 6% of the sample had died. The researchers compared suicide and drug poisoning deaths, which are forms of self-injury, to other causes of early adult deaths, such as heart attacks and cancer. They found that the men most likely to suffer a death by suicide or drug poisoning were those who as adolescents expected to earn enough to support a family through some type of semi-skilled labor that later declined when they reached adulthood, such as manufacturing, mechanics and carpentry.

The study showed that neither educational attainment nor the actual job worked increased risk for death by self-injury. Furthermore, unmet occupational expectations were not associated with a higher risk of an early death by natural or other causes. This comparison further strengthened their conclusions about a link between a decline of working-class jobs and deaths of despair.

"The social, psychological and cultural ideals associated with certain occupations are important considerations in labor policy, such as minimum wage policies or job retraining programs, as strategies for suicide prevention." 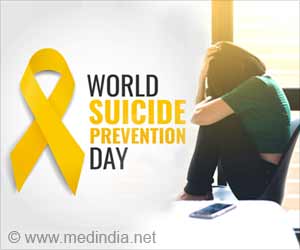 Working Together to Prevent Suicide -World Suicide Prevention Day
World Suicide Prevention Day helps to raise awareness on how to prevent suicide. This year (2020), the theme is 'Working Together to Prevent Suicide.' During coronavirus (COVID-19) pandemic, suicide cases have drastically increased & it is essential ...
READ MORE

Workplace Bullying
Workplace bullying is physical, verbal or psychological abuse at work. It is a deliberate and disrespectful behavior by an employer, manager or group of people.
READ MORE