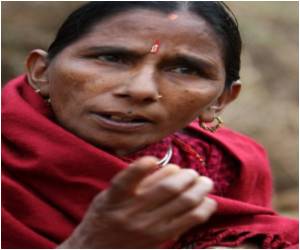 The United Nations Population Fund (UNFPA) and International Planned Parenthood Federation (IPPF) have got together to ensure that the need for sexual and reproductive health care of young girls, pregnant women and lactating mothers in Nepal is urgently met in the wake of the devastating earthquake.

According to UNFPA and IPPF, an estimated two million women of reproductive age have been affected in Nepal. Of these, about 126,000 pregnant women are in urgent need of clean delivery and reproductive health kits.

"About 2,100 women may suffer from obstetric complications over the next month alone. UNFPA estimates put about 40,000 women of reproductive age - including those at camps for the displaced -- at increased risk of sexual violence," the statement said.


UNFPA has pledged support to IPPF's member association, the Family Planning Association of Nepal (FPAN), to expand and strengthen mobile medical camps while safe delivery and reproductive health kits, as well as dignity kits which contain essentials including sanitary pads, have also been provided.

WHO Sets Up Field Offices for Unreachable Survivors of Nepal Earthquake

These offices will coordinate land and air support to rush medicines, healthcare professionals and life-saving resources to remote regions hit by the earthquake.
Advertisement
So far, IPPF along with FPAN volunteers and staff have mobilized three mobile teams and one referral unit. These mobile teams have served more than 1,400 persons in need by providing counseling, consultation examination by doctor and medicines.

This has been done through ten different locations in some of the hardest-hit areas, including Bhaktapur, Kavre, Lalitpur, Sindhupalchok and Kathmandu districts.

"Pregnant women and new mothers are often ignored in the aftermath of a disaster, but they are among the most vulnerable and at risk populations," noted Giulia Vallese, UNFPA representative in Nepal.

More than a third of maternal deaths worldwide occur in crisis settings due to lack of access to basic emergency-obstetric services and availability of skilled service providers. This leads to high maternal and newborn morbidity and mortality which are preventable.

Two fresh tremors triggered panic among people still recovering from the immense earthquake on April 25. However, no damage was reported from the tremors.
Advertisement
Advertisement

The existing Mediclaim and Health Plus Medical expenses policies have been discontinued and Mediclaim Policy ...