Unique Gestures of Charity in Taiwan

Taiwanese soldier Hu Shou-hung lived a frugal life and in the end, gave everything he had to the equivalent of 30,000 US dollars, to charity.

The 88-year-old, who rents a shabby house in the small town of Hsinpu in the island's north, hit the headlines when he gave his life's savings to a veteran group to help orphans of deceased members, but he did not do it for fame.


"Money should be given to those who badly need it. I'm old, and besides, the monthly subsidies provided by the government are enough to support my living," said Hu. He receives a military pension equal to about 420 US dollars a month.


Hu is a representative of a new wave of charity in Taiwan where people who are not extraordinarily rich give away their money for those less fortunate.

What is remarkable is they do it without expecting anything in return -- either celebrity status in this life or salvation in the next -- but simply to help others.

Observers of this trend say it was set off by Chen Shu-chu, a vegetable vendor in her late 50s who donated 10 million Taiwan dollars (310,000 US dollars) to charity, much of it to orphaned children.

She had been giving away money for years, but she only attracted attention -- in Taiwan and globally -- after Time magazine named her one of the world's 100 most influential people this year.

"My decision was influenced by her," Hu said slowly as he turned off the radio, the only entertainment in his narrow living room, and stared pensively at the wall, where the paint was peeling off.

"I've been thinking that since a woman like Chen Shu-chu is able to do a lot of good things, why can't I," he said, after a long pause.

Chen, who was reluctantly turned into an overnight sensation by the island's media, has rekindled the interest in giving, charity groups said.

Taipei-based United Way of Taiwan, which helps handicapped people among others, said that in some recent weeks it had seen the value of its irregular donations surge by more than one third to over 100,000 Taiwan dollars.

"The point of Chen's story is that all of sudden many people found that even though they may not be rich, their tiny but persistent small donations may come as a great help to some people," said Hu Yu-fang of United Way.

The fervour may cool down somewhat after Chen slides back into anonymity, but her impact will remain, charity groups said.

"Chen is like a seed," said Phyllis Weng, a senior social worker of the Taiwan Fund for Children and Families in the central Taiwan city of Taichung.

"It has taken deep root in the hearts of many people. Her influence will be far-reaching."

Chen, who was born to a poor family of eight people, has spent her entire life working 18-hour days while surviving on simple meals to amass the fortune that bit by bit has gone to charity.

While experts have been exploring the motivation behind her lifelong commitment to doing good, the media-shy philanthropist simply said: "I felt happy whenever I could help other people."

"This is amazing and makes her deeds unique," said Chang Wei-an, a social scientist at the National Tsing Hua University.

"Unlike a number of domestic groups who have reached out to the needy for salvation and other religious reasons, Chen has been doing this for nothing, and for 47 years."

Traditionally, people in Chinese communities have donated money in the belief they could redeem sins committed by themselves or their relatives.

Others have done so for more mundane reasons, such as a chance to receive tax rebates from the government.

Chen's motives are both simpler and deeper -- a wish to give back to the community -- and this has in fact acted as a guideline for Chinese people's behaviour for centuries, Chang said.

"This way of thinking has prevailed at various social levels. It has been passed down from generation to generation through folklore and dramas, rather than from books," he said.

Kindness Can Resonate Further And Make People Across The World More Compassionate
An expert says that spreading altruism through social networks can make people across the world kind to one another.
READ MORE

Compassion And Power Don't Go Hand in Hand
Does power diminishes an individual's tendency to help others? Well, according to researchers from University of Amsterdam and University of California, Berkeley, the answer is "yes".
READ MORE

$3.8bln From Gates Foundation In 2009 Towards Health And Education
Bill and Melinda Gates Foundation is spending 3.8 bilion dollars in 2009 for Global Health Program devoted to combating 20 diseases.
READ MORE

Indian Women True Heroes of India in Philanthropy
In the latest list of Forbes Asia of "48 Heroes of Philanthropy," women of India have outperformed Indian men in philanthropy, as there are only four Indians, all women.
READ MORE 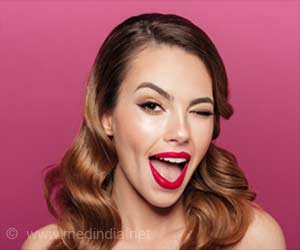