Unique Ability of Zika Virus That Cause Birth Defects is Identified 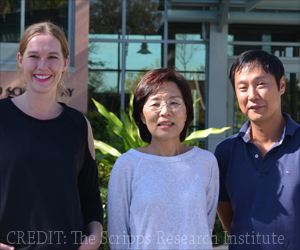 A clue behind the unique ability of Zika virus to produce several fetal birth defects during pregnancy as that of microcephaly (a condition where the baby's head is much smaller than the normal size), was recently uncovered by a team of scientists from the Florida campus of The Scripps Research Institute (TSRI).

The details of the virus ability to cross the placental barrier and exposing the fetus to a range of birth defects which may also include eye and joint injury and even other types of brain damage.

New details related to the immature zika virus structure were revealed to develop effective antiviral treatments and vaccines.
Advertisement
‘Clue behind the unique ability of Zika virus to cause a birth defect was identified.’

The new study, led by TSRI Associate Professor Hyeryun Choe, was published online ahead of print this week in the journal Proceedings of the National Academy of Sciences.


How Zika virus crosses the placental barrier, while other closely related viruses in the flavivirus family including dengue and West Nile viruses do not, has puzzled researchers since the crisis began some two years ago in Brazil.

Zika virus spreads through the bite of Aedes aegypti mosquito. It causes fever and a birth defect called microcephaly. Here are top ten facts of Zika virus.
Advertisement
Obstacles to reaching the fetal brain are substantial--a virus must move from the mother's blood into fetal circulation, which is separated by placental barrier cells designed to prevent that very occurrence.

The researchers found that human umbilical endothelial cells, derived from four donors in the study, proved far more susceptible to Zika infection than to other viruses, with viral counts as much as a hundred or thousand times higher than West Nile or dengue virus. The new research also suggests that Zika virus learned to exploit something of a secret passage, a cell surface molecule known as AXL, while West Nile and dengue viruses did not.

"Zika uses AXL to efficiently slip past one of the major barrier cell types in the placenta: fetal endothelial cells, which are the gateway to access fetal circulation," said Choe.

What may help make the Zika virus particularly infectious in cells that other flaviviruses can't infect, said TSRI Research Associate Audrey Richard, a first author of the study, is that it profits from the built-in function of AXL. "The physiological function of AXL is to quench activated immune reactions, including the antiviral interferon response," said Richard. "By using AXL, Zika virus catches two birds with one stone; it enters cells and also gains favorable environment for its replication inside the cells."

Zika is able to take advantage of AXL by binding to an intermediate molecule known as Gas6, which is present in blood and other bodily fluids. Gas6 acts as an active bridge between the virus and AXL by binding AXL on one end and the virus membrane on the other, helping the virus utilize AXL and gain entry to host cells.

These differences may help explain why, among related viruses, only Zika can efficiently access and infect the fetal bloodstream.

"We don't yet understand why Zika virus uses AXL and the others don't," Choe added. "The common belief is that all flaviviruses have similar structures, but our findings suggest that Zika virus may have a different average population structure than others. This has significant scientific and clinical implications."

"Structural studies show that most of the infectious virion membrane is completely covered with viral proteins, which makes it difficult for Gas6 to bind to the Zika virus membrane underneath the protein shell," said TSRI Research Associate Byoung-Shik Shim, the study's other first author. "However, flavivirus particles assume many asymmetric shapes and are in continuous dynamic motion, which likely exposes patches of the virion membrane. Our study suggests that Zika virus exposes enough membrane for Gas6 binding, whereas West Nile and dengue viruses do not."

The researchers also speculated on Zika virus' pathology. AXL is also present in the blood-brain barrier, the eye-blood barrier and the testes--where it maintains integrity of the blood vessels and the functions of the testes. It may be used by Zika virus to infect those cells and may explain Zika virus' ability to infect the fetal brain and eye and to transmit sexually.

Zika virus is transmitted to humans by infected mosquitoes which causes mild fever with maculopapular rash. No treatment or vaccine is currently available.
Advertisement
<< Identifying the Necessary Ion Channel for Hormone and Anti-o...
Jaundice in the Newborn Can be Preventable >>

Zika virus is closely related to the dengue virus. It leads to mild flu like symptoms in affected individuals. Fetal effects have led to maximum concern globally.

Find a Hospital Sanatogen Find a Doctor Blood Donation - Recipients Noscaphene (Noscapine) Sinopril (2mg) (Lacidipine) Diaphragmatic Hernia The Essence of Yoga Daily Calorie Requirements Vent Forte (Theophylline)
This site uses cookies to deliver our services. By using our site, you acknowledge that you have read and understand our Cookie Policy, Privacy Policy, and our Terms of Use