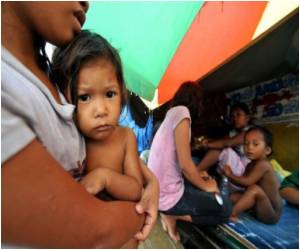 The Coverage Evaluation Survey 2009 (CES-2009), a nationwide survey covering all States and Union Territories of India, commissioned by UNICEF was conducted during November 2009 to January 2010.

The CES shows significant increase in major indicators for maternal and child health including immunization and reaffirms the positive results of the strategies adopted by the Ministry of Health and Family Welfare under the National Rural Health Mission (NRHM) for the Reproductive and Child Health Programme.


Janani Suraksha Yojana has changed the scenario of institutional delivery in the country.  The CES results show that when compared to data of NFHS-III, which provides the figures for 2005-06, beginning of NRHM, certain important parameters of maternal health have shown impressive increases:

Safe delivery by skilled birth attendants has increased from 48.2% to 76 %

 The proportion of children with diarrhoea in the last two weeks who received ORS has increased from 26 % in NFHS III to 53.6 in CES 2009

 The proportion of children with Acute Respiratory Infection in the last two weeks who were given advise or treatment has increased from 69% in NFHS III (2005-06) to 82.6% in CES 2009

Additionally the CES findings in some of the high focus states show substantial change in two critical child health indicators:

The Coverage Evaluation Survey shows a significant change in newborn care practices which are important in preventing infections and hypothermia and absence of these practises contribute substantially to Infant Mortality Rate.  For instance:

The findings of the survey are a testimony to the positive results of the RCH -II Programme and the efforts being made under National Rural Health Mission.