A novel technique, consisting of the induction of neuronal degeneration, for intense light exposure in the mouse's retina is being used as an experimental model of retinitis pigmentosa (RP) by University of Granada researchers in Spain.

The researchers have revealed that their work is based on the study of microglial cells, practically involved in all the diseases and damages of the nervous system, including Parkinson y Alzheimer.


Retinitis pigmentosa (RP) is a group of hereditary diseases that lead to blindness and affect more than one million persons a year all over the world.


The researchers say that their findings may also be very useful for the detection of new factors or molecules originated by microglial cells and related to degenerative processes of the retina.

The doctoral thesis of Ana Maria Santos Carro, researcher of the Department of Cell Biology of the university, is based on the study of microglial cells, a type of cell of the Nervous System that develop a phagocytic or purifying role against damages or infections in such system.

She has analysed the distribution of microglial cells in la retina of the mouse during all its development, both embryonic and postnatal and adult, and studied the response of these cells to a neurodegenerative process induced in the retina by intense light exposure.

The researcher insists: "It is important to get to know the response of the microglial cells against neurodegenerative, because such cells are practically involved in all the diseases and damages of the nervous system, including Parkinson and Alzheimer, and knowing their behaviour in pathologic situations could be helpful in the design of therapeutic strategies."

Microglial cells are the resident population of macrophages in the central nervous system (CNS), and play a relevant role in the immune defence. The university researchers have been studying for years the origin, distribution and migratory characteristics of these cells, both in situations of normal development of the healthy CNS and in response to damages or injuries using as a model of study the retina of birds and mammals.

Part of the results of this research work has been recently published in the specialized Journal of Comparative Neurology, and some of the results obtained have been presented in oral communications and posters in different national and international scientific meetings. 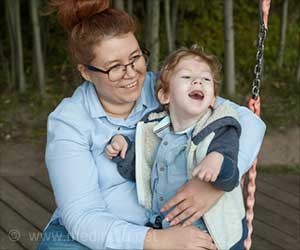 Barth Syndrome
Barth Syndrome is a rare congenital genetic disorder caused by an abnormality in the X chromosome. Find out about the symptoms, causes and treatment of the condition.
READ MORE