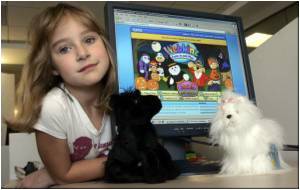 Researchers at the Memorial University of Newfoundland in Canada found that four-year -old children could remember their baby days but when asked later on in their childhood years, they were unable to recall the same memories.

Carole Peterson, a psychology professor who conducted the study said, 'So it was very clear that the explanation that had been given for adults just had to be wrong, because children do have the cognitive, linguistic and memory skills to talk about things that had occurred in their past. The whole phenomenon of infantile amnesia is clearly a moving target in children, because as children move from 4 to 10, their earliest memories get later and later. But by age 10, those memories seem to get crystallized.'

Researchers found that lasting memories were formed during or after the age of 10. Before age 10, memories are not so strong and can fade away.


Mrs Peterson added: "As we lose those memories of those early years, years that we previously could recall, we're losing part of our childhood  in essence, we're losing all or almost all of those events that occurred."

Dyslexia is a reading disability that occurs when the brain does not properly recognize and process certain symbols.

Diaphragmatic Hernia Blood Donation - Recipients Calculate Ideal Weight for Infants A-Z Drug Brands in India The Essence of Yoga Sanatogen Loram (2 mg) (Lorazepam) Turmeric Powder - Health Benefits, Uses & Side Effects Iron Intake Calculator Find a Doctor
This site uses cookies to deliver our services. By using our site, you acknowledge that you have read and understand our Cookie Policy, Privacy Policy, and our Terms of Use