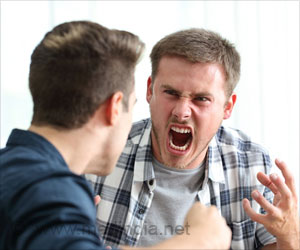 The mechanism by which male sex steroids-androgens sculpt brain development has been explained in a new study. The findings of the research could help comprehend the development of behavioral differences between males and females.

The research, published in Neuron, discovered a mechanism for how androgens, male sex steroids, sculpt the brains of male rats to produce behavioral differences, such as more aggression and rougher play behavior. "We already knew that the brains of males and females are different and that testosterone produced during the second trimester in humans and late gestation in rodents contributes to the differences but we did not know how testosterone has these effects" said Dr. McCarthy.

Oppositional defiant disorder (ODD) is a childhood behavior problem characterized by an uncooperative, aggressive and argumentative behavior in children to deliberately irritate and annoy people in authority.
Advertisement
‘The findings of the study about brain development and behavioral differences among people will help confront brain disorders as early as possible during the early years of life or pregnancy.’
Tweet it Now


A key contributor to the differences in play behavior between males and females is a sex-based difference in the number of newborn cells in the part of the brain called the amygdala, which controls emotions and social behaviors. The research showed that males have fewer of these newborn cells, because they are actively eliminated by immune cells.

REM Behavior Disorder (RBD) is a sleep disorder in which the person acts out dramatic or violent dreams during Rapid Eye Movement (REM) sleep.
Advertisement
In females, the newborn cells differentiated into a type of glial cell, the most abundant type of cell in the central nervous system. In males however, testosterone increased signaling at receptors in the brain which bind endocannabinoids, causing immune cells to be activated. The endocannabinoids prompted the immune cells to effectively eliminate the newborn cells in males. Females rats in the study were unaffected, suggesting that the activation of the immune cells by the increased endocannabinoids in males was necessary for cell elimination. In this respect, this research shows that cannabis use, which stimulates endocannabinoids in the brain and nervous system, could impact brain development of the fetus and this impact could differ between male and female fetuses.

"These discoveries into brain development are critical as we work to tackle brain disorders as early in life as possible, even in pregnancy," said UMSOM Dean E. Albert Reece, MD, PhD, MBA, who is also the Executive Vice President for Medical Affairs, University of Maryland, and the John Z. and Akiko K. Bowers Distinguished Professor.

Anxiety disorder involves excessive worry about actual circumstances, events or conflicts. Anyone can develop this disorder. Genes may play a role.
Advertisement