Uncovering the World of Viruses 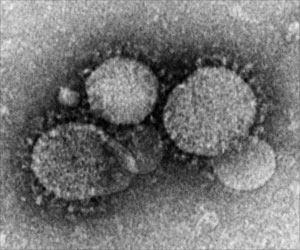 Viruses are the most common source of DNA and RNA on earth. A groundbreaking study of the virosphere of the most populous animals - those without backbones such as insects, spiders and worms and that live around our houses - has uncovered 1445 viruses.

This suggests that people have only scratched the surface of the world of viruses - but it is likely that only a few cause disease.

CNN of Virology Launched in Canada

Canadian experts have launched a new digital media service that will collect data on the latest advances in viral research, including HIV, and which can be accessed by researchers across the world.
Advertisement
‘Viruses have been associated with invertebrates for potentially billions of years and invertebrates are the true hosts for many types of virus.’
Tweet it Now

The meta-genomics research, a collaboration between the University of Sydney and the Chinese Center for Disease Control and Prevention in Beijing, was made possible by new technology that also provides a powerful new way to determine what pathogens cause human diseases.


Professor Edward Holmes, from the Marie Bashir Institute for Infectious Diseases & Biosecurity and the School of Life and Environmental Sciences, who led the Sydney component of the project said although the research revealed humans are surrounded by viruses in our daily lives, these did not transfer easily to humans.

Two vaccines gave mice 'complete' Zika protection, said researchers, who claimed progress towards the creation of an effective human shield against the virus.
Advertisement
"This groundbreaking study re-writes the virology text book by showing that invertebrates carry an extraordinary number of viruses - far more than we ever thought," Professor Holmes said.

"We have discovered that most groups of viruses that infect vertebrates - including humans, such as those that cause well-known diseases like influenza - are in fact derived from those present in invertebrates," said Professor Holmes, who is also based at the University's multidisciplinary Charles Perkins Center.

The paper, "Redefining the invertebrate RNA virosphere," is published tonight in Nature.

The findings suggest viruses from ribonucleic acid, known as RNA - whose principal role is generally to carry instructions from DNA - are likely to exist in every species of cellular life.

"It's remarkable that invertebrates like insects carry so very many viruses - no one had thought to look before because most of them had not been associated with human-borne illnesses."

Although insects such mosquitoes are well-known for their potential to transmit viruses like zika and dengue, Professor Holmes stressed that insects should not generally be feared because most viruses were not transferable to humans and invertebrates played an important role in the ecosystem.

Importantly, the same techniques used to discover these invertebrate viruses could also be used to determine the cause of novel human diseases, such as the controversial 'Lyme-like disease' that is claimed to occur following tick bites.

"Our study utilized new techniques in meta-genomics, which we are also using to provide insights into the causes of human-borne diseases," said Professor Holmes, who is also a National Health and Medical Research Council Australia Fellow.

"The new, expensive technologies available to researchers which have allowed us to do this landmark project, provide the ultimate diagnostic tool."

Professor Holmes and his collaborators are conducting human studies using these new techniques to analyze Lyme-like disease and other clinical syndromes.

Coxsackievirus has a funny name, but there's nothing funny about how this tiny germ and its close relatives sicken their hosts.
Advertisement