The UN's humanitarian agency's spokesperson warned on Friday that a drawn-out drought in Central America has pushed some 2.5 million people in Honduras, Guatemala and El Salvador into food insecurity.

The drought in the three countries is "turning into a creeping humanitarian crisis," Jens Laerke, spokesman for the UN's humanitarian agency, told reporters in Geneva.


Subsistence farmers, farm labourers and low-income families were especially at risk, with young children and pregnant women considered the most vulnerable, he said.


A full 80 percent of farmers in the worst-hit areas of El Salvador had reported losing all of their crops, while 75 percent of maize and bean crops in Honduras and Guatemala had failed.

The lack of rain has also resulted in the death of thousands of cattle.

"In the coming months, food insecurity is expected to get worse as families deplete their food stocks," Laerke warned.

In Guatemala, the government had already declared "a state of public calamity" in 16 departments back in August, and by October 30,000 families had depleted their food stocks.

"These families are today in deep distress," he said.

In the so-called "dry corridor" in the east of the country, it was estimated that one in four households were suffering from moderate to severe malnutrition.

The Honduras government meanwhile had found already back in September that the drought had left nearly 20,000 children malnourished.

It has now asked for international assistance, appealing for $13 million, while Guatemala is asking for $18 million in aid to address the crisis. 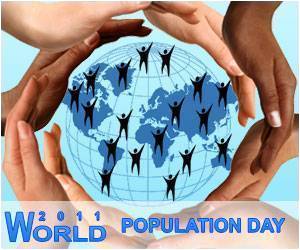 Simple Global Warming Solutions
Concerned about global warming? Look no further; we've decoded some of the best solutions you can adopt to help create a better environment at the individual level.
READ MORE

Thermostat Gene may Help Create Drought-Resistant Crops
In a new study, researchers have come across a gene that is similar to thermostat and could help them engineer drought-resistant crops.
READ MORE

Why Do We Eat - Nutrition FactsDiet Lifestyle and Heart DiseaseHunger Fullness and Weight ControlLabel Lingo on Food Items: DecodedTips for Healthy Fasting During RamadhanTop Diet Foods that Make you FatTop Food for DietersSelenium - Natural Source Better than Supplements
Sign up for Wellness Consult a Doctor Sign up for Selfcare