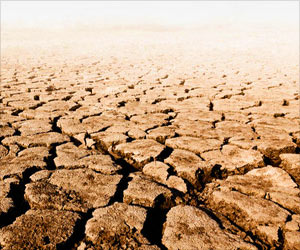 UN Secretary General Antonio Guterres arrived at a time of urgent need to address an outbreak of cholera and severe drought ravaging the Horn of Africa nation.

Guterres, who flew in here from Nairobi, called for a global response to stop deaths in Somalia and noted that people were dying of hunger and cholera, Xinhua news agency reported.

Somalia's government has banned celebrations of Christmas and New Year in the Muslim majority country, saying the festivities might attract Islamist attacks.
Advertisement
‘The UN announced last month that Somalia was slipping into famine six years after a deadly one which claimed more than 250,000 lives.’

"Just arrived in Somalia on emergency visit to focus on famine and cholera. People are dying. The world must act now to stop this," he tweeted.


He called for international support to provide humanitarian assistance to Somalia where more than 6.2 million people are facing acute food shortage.

An assessment team conducted a review in Somalia in October, and decided the polio outbreak was over, which affected nearly 200 people, most of them children.
Advertisement
Guterres, who was due to hold talks with newly-elected President Mohamed Abdullahi Mohamed, said the current drought in Somalia required a "massive international response".

The UN announced last month that Somalia was slipping into famine six years after a deadly one which claimed more than 250,000 lives.

The UN chief is expected to meet the country's leadership and members of the international community to bolster efforts against the drought.

Humanitarian agencies have called for international help warning that urgent steps must be taken to prevent the country from falling into famine even as the new administration takes over office.

The UN also confirmed on Monday that 196 people have died from acute watery diarrhoea (AWD) and cholera outbreak in Somalia since January.

Even 3 Years After Famine, More than 200,000 kids in Somalia Go Hungry

At a hospital in Mogadishu's Yaqshid district, hundreds of children suffer from acute malnutrition that get worse due to infections.
Advertisement
<< Make Woman's Day Special for Your Lady Love
Make Woman's Day a Special One >>

The government of Somalia has reassured its' residents that there was no outbreak of Ebola in the country.

Cholera
News Archive
News Resource
Advertisement
News Category
Death Caused by a Rare Type Amoeba: Research Study Japan Approves Smallpox Vaccine for Monkeypox Did Human Evolution Shrink Your Brain? What to Do When Your Asthma Medication Doesn't Work? Which is Better to Improve Smoker's Health  Cigarettes or E-Cigarettes?
More News
Sign up for Wellness Consult a Doctor Sign up for Selfcare

Find a Doctor Hearing Loss Calculator Sanatogen Nutam (400mg) (Piracetam) Indian Medical Journals Calculate Ideal Weight for Infants The Essence of Yoga Sinopril (2mg) (Lacidipine) Pregnancy Confirmation Calculator A-Z Drug Brands in India
This site uses cookies to deliver our services. By using our site, you acknowledge that you have read and understand our Cookie Policy, Privacy Policy, and our Terms of Use