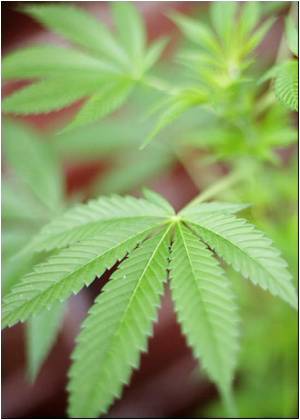 As early as 13 years of age Pia Rai started taking drugs with her friends during classes, unnoted by her teacher who was struggling with a class of 75 students in a hard-up inner-city school.

She had been introduced to heroin by classmates in Dharan, a city of 120,000 people in the foothills of the Mahabharat mountains in eastern Nepal, after starting smoking and then moving onto cannabis.

"What made it so simple for me to get into drugs was my family not being that aware," said Pia.


"My classroom was so big that the teacher could not pay attention to all the children, so the kids on the back benches could take drugs in class and the teacher wouldn't even know about it."

The use of Drugs for reasons other than its prescribed recommendation, is known as Drug abuse or substance abuse. Drug abuse or substance abuse is initiated by various biological and social factors.
Advertisement
Pia, now 17, was one of the lucky ones. She received help from a dependence treatment centre and is catching up with her lost schooling and working as a "peer educator" to warn others of the dangers of drugs.

Police in Dharan estimate that around half of the city's youth are drug users, part of an emerging "urban poor" often overlooked by aid agencies and government ministries focusing the fight against poverty on the countryside.

Hundreds of thousands of children like Pia are growing up in Nepal's towns and cities unable to access basic services on their doorsteps, the United Nations Children's Fund said in a report launched this week.

"When people think of poverty, they tend to focus on a child in a remote rural village," UNICEF Nepal representative Hanaa Singer said.

"But today, an increasing number of children living in urban centres are among the most disadvantaged and vulnerable in the world.

"They live tantalisingly close to essential, basic services but are deprived of most of them."

More than half of Nepal's urban under-fives are not registered at birth, meaning they have no official name, identity or nationality, and little access to services provided by the state or protection under the law.

Life in city slums is particularly hazardous in Kathmandu, where there are regular outbreaks of diarrhoea and cholera in the thousands of shanties on the banks of the Bagmati river, which is used as a dump for toxic industrial and hospital waste.

"Urbanisation is a fact of life and one of the greatest challenges we all face today," Singer said.

"We must all invest more in cities as the emerging and growing problems associated with the disparities of wealth and access to essential services in cities will not solve themselves."

At the last count in 2004, Nepal had around 5,000 street children, although the number is believed to have grown fast since then.

Nearly half have been sexually abused while up to 30 percent are HIV positive and 40 percent are drug-users, according to UNICEF.

Many are engaged in "the worst forms of child labour", UNICEF says, including garbage collection, begging and loading trucks.

He is a member of a UNICEF-backed "working children's club" which gives youngsters the opportunity to get together to discuss work-related problems and learn about their rights.

He told journalists at the launch of the UNICEF report in Kathmandu on Monday of children he knew who were made to work so hard washing dishes that "the flesh was rotting from their hands".

"You don't have to go to the villages... to find poverty or deprivation," he said. "You can find it right in the city, in the little hut beside the big mansion."

Drug detoxification (or drug detox) is a process that helps drug addicts to give up drugs with less or no withdrawal symptoms.
Advertisement
<< Childhood Obesity Averted by Mom-Made Food Intake
Inhalable Caffeine Gets FDA Warning Letter >>

The Essence of Yoga Pregnancy Confirmation Calculator Find a Hospital Post-Nasal Drip How to Reduce School Bag Weight - Simple Tips A-Z Drug Brands in India Calculate Ideal Weight for Infants Drug Interaction Checker Drug Side Effects Calculator Color Blindness Calculator
This site uses cookies to deliver our services. By using our site, you acknowledge that you have read and understand our Cookie Policy, Privacy Policy, and our Terms of Use