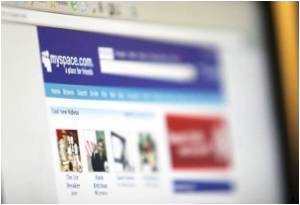 A UN report has claimed that over a third of the world's population has access to the Internet, and mobile phone uptake has increased by more than 600 million in 2011 to around six billion.

"On the back of the increase in broadband services worldwide, the number of people using the internet grew by 11 per cent over the past year ... i.e., 2.3 billion people," the International Telecommunications Union (ITU), said.

According to the Sydney Morning Herald, the ITU, however, highlighted huge disparities in the cost of services, with the poorer parts of the world tending to pay the most.

According to the report, Madagascar came bottom, just behind Togo and Niger.

A third of people in the European Union say they have never used the internet, according to an EU report, which examined the region's digital landscape over the last five years.
Advertisement
<< EU Asks Its Top Health Official to Resign After Being Cited...
Likely Source of Lunar Water Is Solar Wind Particles: Study >>

Australian young adults are increasingly getting nostalgic and pining for simpler times, as they have got sick of the internet and partying.

Diaphragmatic Hernia Selfie Addiction Calculator Sinopril (2mg) (Lacidipine) Noscaphene (Noscapine) Pregnancy Confirmation Calculator Drug Interaction Checker The Essence of Yoga Blood - Sugar Chart Find a Doctor Vent Forte (Theophylline)
This site uses cookies to deliver our services. By using our site, you acknowledge that you have read and understand our Cookie Policy, Privacy Policy, and our Terms of Use