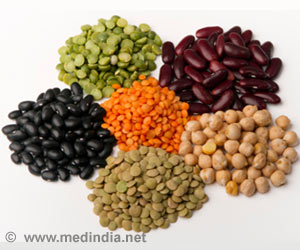 Aiming to raise awareness of the many benefits of pulses, boost their production and trade, and encourage new and smarter use throughout the food chain, the UN launched the International Year of Pulses 2016.

Pulses are plants which produce legumes such as peas, beans, or lentils and "are important food crops for the food security of large proportions of populations, particularly in Latin America, Africa and Asia, where pulses are part of traditional diets and often grown by small farmers", said UN Food and Agriculture Organization (FAO) Director-General Jose Graziano da Silva at the launch ceremony.

President Pranab Mukherjee: 'Farmer is the Solider of Food Security'

President Pranab Mukherjee said farmer is the solider of food security of our country, the government attaches great importance to the well-being of the farming community across country.
Advertisement
‘Pulses have been an essential part of the human diet for centuries, and are important food crops for the food security of large proportions of populations, yet their nutritional value is not generally recognized and is frequently under-appreciated.’

"They have been an essential part of the human diet for centuries," he said, adding: "Yet, their nutritional value is not generally recognized and is frequently under-appreciated."


He also highlighted how the nitrogen-fixing properties of pulses improve soil fertility, which extends the productivity of farmland and eliminates dependency on synthetic fertilizers. This in turn leads to a smaller carbon footprint and indirectly reduces greenhouse gas emissions.

In a symbolic gesture following his address, the director general planted a number of fava beans in a planter full of soil as he proclaimed the international year officially begun.

Manmohan Singh: 'Food Security Is a Key Challenge for the World'

Prime Minister Dr.Manmohan Singh said there is a need to build a movement to conserve traditional varieties of crops.
Advertisement
<< South Korea to Broadcast Anti-Smoking TV Ads to Curb Smokin...
Give Up Facebook For A Happier Life: Happiness Research >>

A judicious blend of traditional farming and new technologies like GM crops can ensure food and nutrition security, says the Scientific Advisory Council (SAC) to the prime minister.