Speaking at Women Deliver, the largest international women's health conference in a decade, Ban said Monday that women's and children's health issues have been the slowest of the UN Millennium Development Goals to make progress. 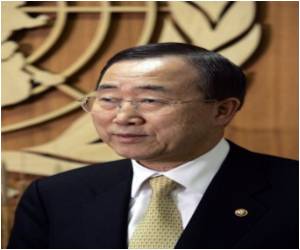 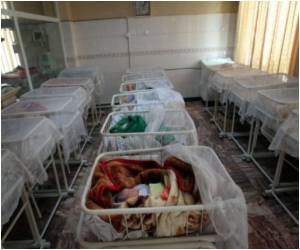 Newborn babies sleep in their cradles in a Kabul hospital 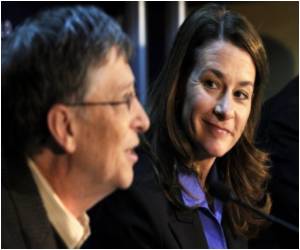 
He unveiled an action plan that would see the UN work with global governments to speed up work on women's health targets and get them back on track.


"Our joint action plan demands that all women and children should benefit from the relatively simple, proven health practices and known technologies that save lives," Ban said.

Among the UN targets -- set in 2000 by 189 countries -- is a commitment to efforts to reduce by 75 percent the number of women who die in childbirth. There are only five years left until the 2015 deadline to achieve the goals.

Reports published last month by The Lancet, a British medical journal, say that with just five years to go to achieve the Millennium Development Goals, only around two dozen countries are on track to cut maternal deaths by 75 percent.

"Women are dying because their lives are not important enough to policymakers around the world," said Guttmacher Institute president and CEO Sharon Camp.

She noted that while less than 12 billion dollars were spent last year to promote maternal health -- a sum she said should be at least doubled -- "Wall Street bosses paid themselves twice that in bonuses last year."

At the conference, the Bill and Melinda Gates Foundation pledged 1.5 billion dollars in support of family planning and programs that support nutrition and fight the deaths of newborns and of women in childbirth.

The philanthropic group hoped to set an example for world governments to follow.

"It's not that the world doesn't know how to save the 350,000 mothers and three million newborns who die every year," Melinda Gates said as she announced the grant.

"It's that we haven't tried hard enough."

Studies say that although few countries are on track to meet the Millennium goals for women and children, progress has been made on both fronts.

"The state of mothers and children worldwide is brighter than it was during the period that gave rise to the Millennium Development goals," it said.

Melinda Gates said simple projects can help to bring improvements to women's and children's health, including teaching women in Mali about the dangers of using a nut-based emollient on their babies, or promoting breastfeeding.

"Most maternal and newborn deaths can be prevented with existing, low-cost solutions, such as basic prenatal care or educating mothers about things like the importance of keeping babies warm," said Gates.

And Camp cited Rwanda's success story, saying that if the central African country was able to substantially reduce maternal mortality in the 16 years since the genocide, "it's not unreasonable for the rest of the world to do the same."

Maternal Mortality Not Reduced With Vitamin A Supplementation
The finding contradicts previous findings from a trial in Nepal which showed a 44 percent decrease.
READ MORE

Amnesty's Maternal Mortality Report Criticized By Sierra Leone Government
Sierra Leone's government defended itself on Friday against a report saying it had one of the world's highest maternal death rates, arguing it had succeeded in reducing the number in recent years.
READ MORE

Gates Foundation, Bihar Sign Deal for Better Healthcare
The Bill and Melinda Gates Foundation has signed a Memorandum of Cooperation (MoC) with the Government of Bihar to ensure better delivery of medicare.
READ MORE