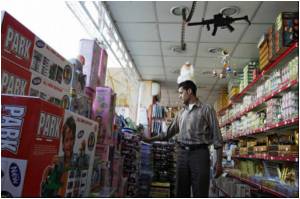 The United Nations has said that the number of Syrians needing food aid has increased from 250,000 in April to 1.5 million in September.

The U.N.'s World Food Program warned that it is running short of funds to cover operations in Syria because of sharply growing needs.

An international report has warned that over 10 percent of the population in Malawi is in need of food aid.
Advertisement


"The crisis is likely to worsen as Syria's wet, chilly winter rolls in," Cousin added.

Separately, the international envoy to Syria, Lakhdar Brahimi, said that the conflict in Syria threatens to spill across the Middle East and is 'extremely bad and getting worse.'

In a closed-door session of the U.N. Security Council, Brahimi slammed Syrian President Bashar Assad, saying the leader has no intention of carrying out reforms that would end his family's four-decade grip on Syria. (ANI)

With rich nations preferring to give money to the people in poor countries to purchase food the world might soon see a revolution in food aid.
Advertisement
<< When It Comes to Fighting Disease The Eyes Seem To Have It
Can Clinically Depressed People Differentiate Between Anger,... >>

Global Malnutrition Needs to be Tackled Better Than Through Food Aid

While discussing the controversies surrounding international food aid, the editors of journal PLoS Medicine came to the conclusion that donor-supported food programs are not enough