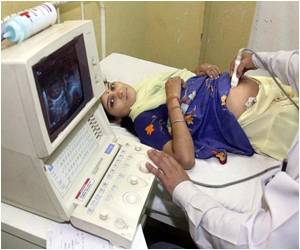 Using sonograms or ultrasound technology may be a useful and less expensive tool to measure inflammation of the joint lining (synovitis) and detect joint damage in the examination of the effects of rheumatoid arthritis.

Rheumatoid arthritis is a chronic disease that causes pain, stiffness, swelling, limitation of motion and loss of function of multiple joints. Though joints are the principal areas affected by RA, inflammation can develop in other organs as well. An estimated 1.3 million Americans have RA, and the disease typically affects women twice as often as men.

Rheumatoid arthritis is a chronic inflammatory disease that causes pain, swelling, stiffness and loss of function in the joints.
Advertisement

Researchers based in São Paulo, Brazil, looked at how quantitative and semiquantitative ultrasound measurements might indicate RA in small, medium and large joints, helping physicians more accurately assess the impact of the disease.


"Recent studies already showed the importance of ultrasound in the assessment of subclinical arthritis, in attempting to diagnose and monitor RA patients," says Flávia Machado, MD, lead researcher in the study from the Universidade Federal de São Paulo in Brazil. "We chose to study ultrasound measurement predictors of RA to help rheumatologists, who use ultrasound as an extension of the physical examination, and to help radiologists and sonographers when assessing a patient with synovitis who may have RA. However, ultrasound is not a diagnostic test for RA, since other diseases that also affect joints can present with similar sonographic measurements in some of the recesses."

Ultrasound scan or sonogram uses sound waves to obtain images of the internal organs. Ultrasound scan is used during pregnancy and to examine breast, abdomen, renal and thyroid.
Advertisement
Dr. Machado and her colleagues studied 78 healthy volunteers and 60 patients with diagnosed RA according to ACR classification criteria. Quantitative measurements of synovial recesses and semiquantitative measurements of synovial hyperplasia, Power Doppler and bone erosions were conducted on an average of 6.348 joint recesses in the participants. Quantitative measures of RA related joint findings were detected fin almost all the joint recesses studied. Semiquantitative measurements showed that greater scores in the radiocarpal and ulnocarpal joints of the wrist, and the fifth MTP joint of the foot increased the likelihood of RA.

Analysis of the ultrasound scores showed no statistical differences between healthy and RA-affected joints in some cases. This may be due to the fact that RA affects each joint differently in individual patients, and also because some of the RA patients had few symptoms in some of the recesses studied, such as the hip and glenohumeral joints. "In general, ultrasound measurement of RA patients showed greater scores of synovial hypertrophy and power Doppler capitation," says Dr. Machado. Visualization of bone erosion from ultrasound also greatly increases suspicion of RA.

Ultrasound has many advantages over other common imaging methods, including X-ray, in diagnosing joint disease, Dr. Machado says. "It is a real-time, dynamic, inexpensive and available bedside imaging tool. Many studies already proved ultrasound superior to physical examination in evaluation of subclinical synovitis or effusion. It is superior to X-ray in detection of bone erosion, and it may be used for monitoring RA patients in treatment with DMARDs or biologic agents."

Do you know that there are more than 100 types of arthritis? If you think that only old people suffer from arthritis, take this intriguing quiz to get your facts on arthritis.
Advertisement
News A-Z
A B C D E F G H I J K L M N O P Q R S T U V W X Y Z
What's New on Medindia