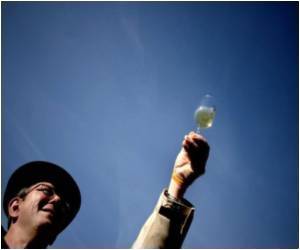 Notorious abroad for their binge-drinking, Britons bucked the trend last year with alcohol consumption in the country showing its biggest fall since 1948, the industry said Friday.


Alchohol consumption in Britain remained below the European Union average, said the association, which relied mainly on statistics from Britain's taxes and customs agency.


But 39 percent of British men and 31 percent of women still exceeded the recommended daily amount of booze, it added.

"These figures will confound many pundits, as yet again they confirm that as a nation, we are not drinking more. Those who suggest otherwise need to focus on the hard facts," BBPA chief executive Brigid Simmonds said in a statement.

British drinkers are now consuming 13 percent less alcohol than in 2004, the association said.

Beer maintains a special place in British hearts, accounting for 60 percent of all sales in pubs, hotels and restaurants, against wine on 17 percent, it added.

Simmonds said the survey "also reminds us of just how vital a role beer and pubs play in the UK economy, in terms of turnover, jobs, and tax revenues."

The new coalition government has proposed minimum prices for alcohol to tackle the problem and is also set to scrap the country's 24-hour drinking laws.

The Scottish government on Thursday proposed a minimum price for alcohol of 45 pence (70 US cents, 54 euro cent) per unit, saying setting such a mark would save Scotland's health service more than 700 million pounds (one billion dollars, 840 million euros) over 10 years.

Former British premier Tony Blair admitted in his memoirs published this week he too was "at the outer limit" of the recommended intake while in Downing Street -- saying he used whisky, gin and wine as a "prop" to deal with stress.