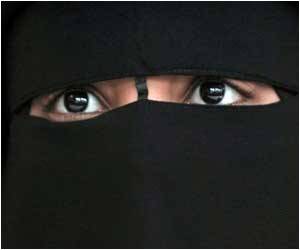 An investigation has revealed that British Muslim clerics are ready to carry out marriages involving child brides as young as 12.

The clerics were approached by man posing as the father of a 12-year-old, who wanted to marry off his daughter.

It is dusk and the revelry has just begun for 29-year-old Asyikin, one of the many young Malay Muslims who do not want to miss out on the fun.
Advertisement

Two imams were prepared to officiate the wedding of the teenage girl, despite fears of underage sex.


According to the Sun, retired Imam Abdul Haq, who worships at East London's Shoreditch Mosque, allegedly told the investigator that in Islam, once a girl reaches puberty parents have the right to marry off their daughters.

A first-of-its-kind study has discovered that the perceived role of God in illness and recovery is a primary influence upon the health care beliefs and behaviors of American Muslims.
Advertisement
"Tell people it's an engagement but it will be a marriage. Nobody should know about this. If she talks in school, social workers will take her. You and I will be in trouble," the Imam added.

Another Imam Mohamed Kassamali, of Husaini Islamic Centre in Peterborough, told the investigator that he would marry a bride of 12.

"I'd love the girl to go to her husband's house as soon as possible, the younger the better," he said.

However, he later insisted he would only conduct the wedding if it was legal in Britain, and neither party was forced into it, the report said.

Indian cities are sadly running out of room for the dead.
Advertisement
<< Belgium Allows First Prisoner To Die Under Euthanasia Law
Reading Food Labels Help You To Stay Slim >>

Sister of Mercy for Pakistan Muslims

Christianson Syndrome
News Archive
News Resource
Advertisement
News Category
Milestone In Voluntary Blood Donation Achieved Samsung Reinvents Toilet for the Poor Which is a Better Form of Exercise: Daily or Weekly? First Phase of Foot-and-Mouth Disease Vaccination Shocking News: Polio Cases Return After a Decade in the US
More News
Sign up for Wellness Consult a Doctor Sign up for Selfcare

Vent Forte (Theophylline) The Essence of Yoga A-Z Drug Brands in India Find a Hospital Indian Medical Journals Blood - Sugar Chart Post-Nasal Drip Turmeric Powder - Health Benefits, Uses & Side Effects Sinopril (2mg) (Lacidipine) Drug Side Effects Calculator
This site uses cookies to deliver our services. By using our site, you acknowledge that you have read and understand our Cookie Policy, Privacy Policy, and our Terms of Use