UK Lags Behind Much of Europe on Key Measures of Health 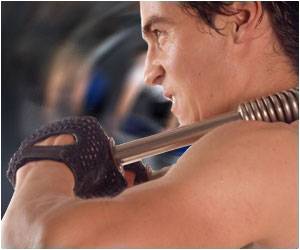 In the United Kingdom, health is eroded by preventable causes of death such as smoking, unhealthy diets, and use of alcohol and drugs.

People in UK are living longer lives and enjoying better health, but they are still grappling with disabling conditions such as back and neck pain and depression, often more than people in most other European countries. As a result, the UK's pace of decline in premature mortality has fallen well behind the average of 14 other original members of the European Union, Australia, Canada, Norway, and the United States (EU15+) over the past 20 years.

These are some of the UK findings published March 5 in The Lancet from the Global Burden of Diseases, Injuries, and Risk Factors 2010 Study (GBD 2010), a collaborative project led by the Institute for Health Metrics and Evaluation (IHME) at the University of Washington.


GBD findings for all countries will be announced March 5 at the Bill & Melinda Gates Foundation in Seattle, by IHME Director Dr. Christopher Murray and Foundation Co-chair and Trustee Bill Gates. These findings detail the causes of death and disability - across age groups and genders - for 187 countries around the world. GBD 2010 encompasses researchers from more than 300 institutions and 50 countries, with Imperial College London being heavily involved. The work, which generated 1 billion estimates for health challenges large and small, was funded by the Bill & Melinda Gates Foundation.
Advertisement
The Lancet paper is the result of a unique collaboration. IHME and other members of the GBD collaborative worked with researchers from Public Health England and leading UK institutions to provide a benchmark of health outcomes that builds on strong measurement systems in the country and fills in data gaps where necessary. The UK, which has some of the best health data in the world, was able to use the GBD platform to compare its progress to that of other countries.

"Our goal is to help governments and citizens in the UK and beyond make well-informed decisions about health policies and investments by arming them with information that is up-to-date, comprehensive, and accurate," said IHME Director Dr. Christopher Murray. "With these new ways of making the data understandable, people everywhere for the first time can see the incredible progress being made in health and the daunting challenges that remain." The GBD findings reveal surprising trends in British health, which has improved significantly since 1990. The UK does well compared to other European countries in terms of avoiding premature deaths due to diabetes, chronic kidney disease, road injuries, and liver cancer. However, it has not kept pace with other nations (and still has death rates significantly above the average of EU15+) for ischaemic heart disease, chronic obstructive pulmonary disease (COPD), lower respiratory infections, breast cancer, other heart and circulatory disorders, oesophageal cancer, congenital abnormalities, preterm birth complications, and aortic aneurysm.

The pace of decline in mortality for British men and women in their prime adult years of 20 to 54 has worsened relative to that of other countries. While the UK has made progress against forms of cancer - including a ramp up of early screenings for cervical cancer - that affect young people, increases in alcohol and drug use have proven deadly. Drug and alcohol use disorders, which were ranked as two of the least important causes of death in this age group in 1990, rose to sixth and 18th place in 2010, respectively. Only in men older than 55 has the UK experienced significantly faster drops in death rates compared with other nations over the last 20 years.

The UK is grappling with more chronic disability than ever before. The major causes of disability include back and neck pain, mental disorders like depression and anxiety, drug abuse, and injuries from falls. A Briton is likely to lose more years to disability than the average citizen of 54 other countries, including Belgium, France, and the US, and even middle-income countries such as Mexico, Romania, and Thailand. These causes of disability are often not causes of death, but their toll on health is dramatic.

British life expectancy is increasing, but these longer lives are also filled with more sickness and disability. The average life expectancy of British women increased from 78.3 years in 1990 to 81.9 years in 2010, yet only 67.9 of those 81.9 years were lived in good health. Similarly, British men in 2010 lived, on average, to be 77.8 years old - up from 72.9 in 1990 - but only 65.7 of those years were healthy. This is in keeping with a global shift to an older population that struggles with a complex combination of health problems.

Much of the illness and death in the UK is caused by a short list of ailments. GBD researchers examined nearly 300 diseases, injuries, and risk factors and found that just a handful of distinct causes account for more than half of the British disease burden, defined as years of life lost to disability and premature death. Overall, the eight leading causes of death in the UK have changed remarkably little in the last 20 years, with ischaemic heart disease, COPD, stroke, lung cancer, and lower respiratory infections remaining in the top five.

The types of illnesses and injuries causing broader health problems are being reshuffled. Ischaemic heart disease and low back pain are still the number one and two causes of health burden, respectively, but the rankings of all other ailments changed between 1990 and 2010. Causes of health loss such as breast cancer, lower respiratory infection, and road injuries fell out of the top 10, with road safety improving dramatically. Meanwhile, COPD, depression, and the impact of falls rose in the rankings. Problems such as Alzheimer's disease and neck pain entered into the top 10 for the first time.

The risks behind these ailments paint a mixed picture of health challenges. High blood pressure represents a greater threat to Britons than most other Europeans, leading to a higher incidence of ischaemic heart disease and stroke. While the UK has made significant progress against some types of cancer, the combined toll of cancers - especially lung, colorectal, and breast cancers - remains significant.

Health is being eroded largely by preventable causes of death and disability. Smoking's impact on British health is particularly profound and troubling, contributing to relatively high rates of lung cancer, COPD, and asthma. Smoking remains the UK's leading risk factor responsible for 11.8% of burden in 2010, and the UK has the highest asthma rate in the world. This underscores a need to strengthen UK tobacco control policies, as well as monitor smaller contributors to lung disorders - such as exposure at work to dust, gases, and environmental radon.

Britons are also grappling with rising rates of obesity due to poor diets, physical inactivity, and high body mass index, blood sugar, and cholesterol. All of these risks increase the negative impact of heart disease, musculoskeletal issues, and other strains on health. The UK is struggling with high rates of alcohol and drug use. Drug use is the number one cause of health burden for Britons ages 20 to 29, and the impact of drugs on health is increasing. As a result, the pace of decline in mortality for British adults aged 20 to 54 has slowed dramatically.

"The UK has a very long history of high-quality health data and health measurement," explained Dr. Murray. "And through this unique collaboration with the UK, we have been able to use the GBD database to compare the UK's progress to other countries."