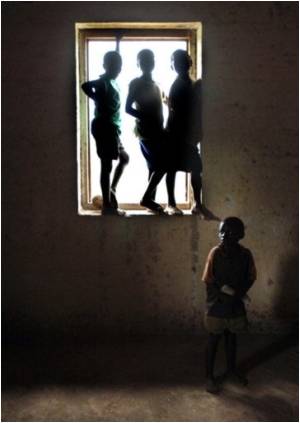 The practice of female genital mutilation (FGM) must be treated as any other form of human rights or child abuse and aggressive steps must be taken to eradicate the practice in the nation, reports a panel of health experts in the UK.

Female Genital Mutilation (FGM), a ritual cutting of girls' genitals is practised by some African, Middle Eastern and Asian communities in the belief it protects a woman's virginity and more than 125 million girls and women alive today underwent this procedure which is now opposed by a majority of countries where it was practiced.

Policy adviser of the Royal College of Midwives and one of the report's authors, Janet Fyle said that it is important to report evidence of FGM adding that child protection laws should work for all children.


According to the Guardian, the panel has found that more than 66,000 women in England and Wales have undergone FGM and more than 24,000 girls under the age of 15 are at risk of it.
Advertisement
Recently, Unicef found that there are more than 30 million girls who are 'at risk' of being subject to FGM over the next decade.

The report said that although, FGM has been outlawed in the UK since 1985, migrants from countries where FGM is common have continued the practice here or by taking girls to their home countries for it to be performed.

The health professionals recommend that evidence against FGM should be collected by the NHS and shared with the police and education officials and have also called on for government -funded awareness strategy, similar to the HIV campaigns, the report added.

Around 100,000 Female Genital Mutilations Carried Out in UK
A new study has revealed widespread incidence of female genital mutilations (FGM) in Britain...