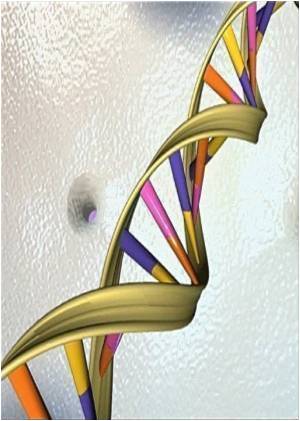 Not just the order of genes in a genome but which of them actually interact has been discovered, by the first time, by UCLA researchers.

The work will help them understand which genes work together and shed light on how they collaborate to help cells thrive or die.

Dutch researchers employed a 'genome mining' approach to activate a group of genes in the bacterium Streptomyces coelicolor.
Advertisement

Genes hold instructions to create proteins that determine not only physical characteristics, like outward appearance, but also all bodily processes, from moving blood through the veins to stimulating the immune system to attack a cold virus.


They can also be pivotal in the development of diseases like cancer.

The genes engage not only in one-on-one interactions but also create wide networks involving dozens of genes.

Roughly Half of the Human Genome Made Up of Jumping Genes

Transposons or 'jumping genes', which create genomic instability and are implicated in cancer and other diseases, make up roughly half of the human genome
Advertisement
They found substantial overlap and commonalities between gene interactions and networks across all four species - humans, dogs, cats and mice.

"Modern genome science, although still in its infancy, has accumulated enormous amounts of information that can be repurposed to produce findings such as ours for decades to come. We've just scratched the surface," said Desmond Smith.

The team found a network of more than 7 million interactions encompassing essentially every one of the genes in the mammalian genome.

"By looking at a gene's network of 'friends and co-workers,' we can tell a lot about its role and purpose," said study author Andy Lin.

Depending on the extent of interactions, specific drugs can be found to fight diseases such as cancer.

"The UCLA interaction map is a significant one that will help broaden the understanding of the working relationships between genes," said Tara C. Matise.

"The more information we acquire about genetic interactions, the more effective scientists can be in developing bench-to-bedside research," she added.

The findings are published in the August issue of the journal Genome Research.

The genome of an Amerindian strain of the gastric bug Helicobacter pylori has been sequenced by scientists.
Advertisement
Advertisement