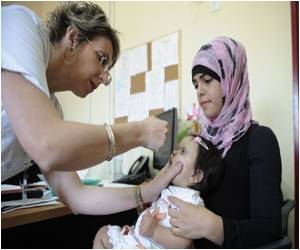 Sheikha Lubna was addressing the half-yearly review conference of the Global Alliance for Vaccines and Immunisation, held in Stockholm to ensure the provision of vaccines to immunise children from diseases and eradicate them as well.

The minister conveyed the regards of General Sheikh Mohamed bin Zayed Al Nahyan, the crown prince of Abu Dhabi and deputy supreme commander of the UAE Armed Forces to the conference, referring to the efforts of Sheikh Mohamed in partnership with Bill Gates, president of Bill and Melinda Gates Foundation that made the UAE join the global alliance since 2011.


Sheikha Lubna said the crown prince of Abu Dhabi has pledged $33 million from 2011-2013 to help curb the rates of child mortality as well as reduce the spread of diseases in Afghanistan, noting that the last installment of $10 million will be available at the end of this month.

She said the Global Alliance for Vaccines and Immunisation exerts utmost efforts to reduce the child mortality rates and the spread of diseases through making the vaccines available.

UN Steps Up Polio Vaccination Attempts in Syria
UN agencies are stepping up their attempts to encourage vaccination in children in Syria against ......