Two Years to Go for the London 2012 Games 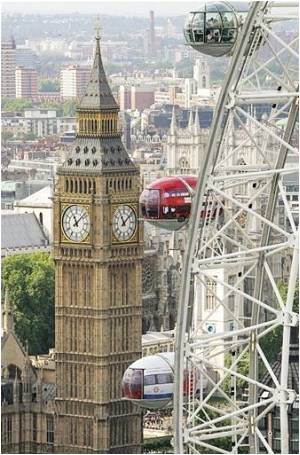 A test run on London 2012 stadiums by Olympic heroes holding their medals was planned, to mark the two years time period for the London 2012 games to begin.

The British capital was to show off its progress towards staging what organisers say will be a new kind of Olympics, with two years left on the clock till the opening ceremony.


Rather than the regular attempt to outdo the previous Games, the 2012 chiefs are set on building a lasting sporting legacy for Britain and regenerating one of the most deprived parts of the country in an economic downturn.


So while the venues may be less spectacular than Beijing 2008, and the fireworks fewer, London 2012 hopes to leave lasting urban infrastructure and housing rarely created by sports events.

Organisers feel they are on track to produce a well-run Games on a strict budget, in keeping with the tough economic times.

There were warnings Tuesday that the host nation could run into difficulties at the Games. An official said half Britain's Olympic sports could face funding cuts if the budget for the government sports agency was slashed.

"And so if that means we can only fund half the sports then that's all we can do," he said.

Organisers are keen to show off how the project is running to schedule as they hit the two-year milestone.

US athletics hero Michael Johnson, who boasts four sprint gold medals from three Games, was to test out a temporary track in the 80,000-capacity Olympic Stadium.

Its distinctive white crossed-girder architecture is well on the way to completion and the seats are already being fitted.

British cyclist Chris Hoy, who won three golds in Beijing, was to become the first to test out the new Velopark, which he helped design.

"It's only two years since the Beijing Olympics and it has passed in a flash so I'm sure the next two years are going to pass really quickly too," he told the BBC.

"The Olympics are always there at the back of your mind. It's the main reason why you train every day."

Meanwhile John Amaechi, the British former NBA star with Orlando Magic and Utah Jazz, was to demonstrate some of his skills at the Basketball Arena, a temporary venue built with giant steel arches.

Paul Deighton, the chief executive of London 2012 organisers LOCOG, told AFP they were proud of their progress so far.

"We're on schedule and on budget. Of course we have to be on schedule because July 27, 2012 is, for us, the mother of all immovable deadlines," he said.

Construction is currently well within the event's budget of 9.3 billion pounds (11 billion euros, 14.2 billion dollars). The figure includes 1.2 billion pounds of a contingency fund, which has yet to be used.

Away from the Olympic Park on Tuesday, London's main Trafalgar Square was to see up to 4,000 people per hour attending a day-long display of top-end technology to be deployed in 2012, with a 60 square metre screen showing off the day's countdown events.

There will also be interactive games and celebrity appearances, plus a "3D Future Zone" with six special pods allowing people to watch Olympic footage in high definition.

The square was the scene of wild celebrations in July 2005, when London edged out Paris for the right to host the Games.

London Mayor Boris Johnson was using the two-year milestone to launch an appeal for 70,000 people to volunteer at the Games as everything from city guides to press officers.

"This is a once-in-a-lifetime opportunity. It is the great people of this country, with their warm welcome and 'can-do' attitude, on whom the success of our Games will depend," he said.

Organisers are hoping the Olympic magic will spread beyond London to the rest of Britain with a cultural programme hotting up over the next two years.

Nearly 1,000 challenge events took place across Britain over the weekend to mark the two-year countdown, including sports, art, dance and exhibitions.

Winter Olympics Knocks Off American Idol As Most Watched TV Programme
Half the global population is expected to tune into the Winter Olympics with coverage worldwide due to exceed 50,000 hours amid the explosion of digital media, organisers said Tuesday.
READ MORE