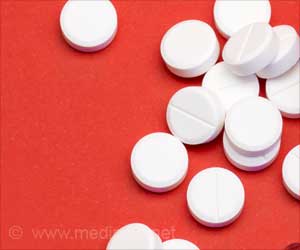 Two trials, conducted by investigators at Brigham and Women's Hospital and sponsored by Lexicon Pharmaceuticals, add new evidence about the benefits for patients with diabetes and chronic kidney disease as well as those with diabetes and recent worsening heart failure.


Results of the trials are both published in The New England Journal of Medicine and presented by Bhatt simultaneously at the Late-Breaking Clinical Trial Sessions of the American Heart Association Scientific Sessions.
Advertisement
"With the results of these large two trials, adding to other recent data about drugs in this class, it is now clear that most patients with type 2 diabetes and either kidney disease or heart failure should be on an SGLT2 inhibitor," said Bhatt, the executive director of Interventional Cardiovascular Programs at the Brigham.

"SCORED provides further randomized clinical trial evidence that SGLT2 inhibitors should be part of the standard of care for patients with type 2 diabetes mellitus and kidney disease. And SOLOIST demonstrates that early, in-hospital initiation of SGLT2 inhibitors is safe, effective, and should become the standard of care in patients with type 2 diabetes mellitus and heart failure."

Sotagliflozin, developed by Sanofi and transferred to Lexicon Pharmaceuticals, inhibits not only SGLT2 but also SGLT1. SGLT2 inhibition helps the body eliminate blood sugar via urine, while SGLT1 inhibition leads to blood sugar reduction via the digestive tract.

In the Effect of Sotagliflozin on Cardiovascular and Renal Events in Patients With Type 2 Diabetes and Moderate Renal Impairment Who Are at Cardiovascular Risk (SCORED) trial, investigators evaluated whether sotagliflozin could prevent cardiovascular events in patients with diabetes with chronic kidney disease.

They performed a multicenter, double-blind trial, which enrolled 10,584 patients who were followed for an average of 16 months. The trial ended early due to COVID-related loss of funding. While blinded to data, the authors changed the primary endpoint; however, the initial endpoint also reached statistical significance.

Unlike previous trials, SCORED enrolled patients across the full range of albuminuria -- leakage of protein into the urine that can happen when a person has diabetes. Sotagliflozin significantly reduced the primary endpoint of total occurrences of cardiovascular deaths, hospitalizations for heart failure, or urgent visits for heart failure regardless of the patient's degree of albuminuria by about 26 percent.

The Effect of Sotagliflozin on Cardiovascular Events in Patients With Type 2 Diabetes Post Worsening Heart Failure (SOLOIST-WHF) trial enrolled 1,222 patients with type 2 diabetes mellitus and recent worsening heart failure requiring hospitalization. Patients were randomized to sotagliflozin or placebo and followed for an average of nine months.

The trial was ended early due to loss of funding from the sponsor during the COVID-19 pandemic. Data from the patients who took part in the trial showed a significant 33 percent reduction in the study's primary endpoint -- the total occurrences of cardiovascular deaths, hospitalizations for heart failure, and urgent visits for heart failure -- for patients with either heart failure with reduced or preserved ejection fraction. Taking the drug prior to hospital discharge was safe and effective.

"SOLOIST is the first large randomized trial to show the safety and efficacy of SGLT2 inhibitors when initiated in patients hospitalized with acute heart failure," said Bhatt. "Thus, it really changes the field and supports early initiation of this class of drugs."

Source: Eurekalert
Advertisement
<< Ablation More Effective for Early Treatment of Atrial Fibril...
New Drug Effective in Most of the Patients With Pericarditis >>