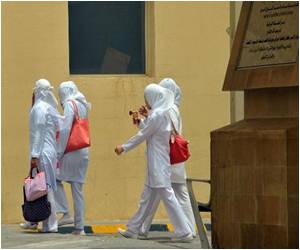 Saudi Arabia accounts for a full 52 of 127 deaths worldwide from the Middle East Respiratory Syndrome Coronavirus (MERS-CoV) so far, while Qatar accounts for two.

The two new cases were both Saudis, the ministry reported on its website, one a 72-year-old in Riyadh with pre-existing health problems, the other a 43-year-old in the commercial capital Jeddah.


The case in Qatar is of a 48-year-old foreign resident who is also suffering from chronic illness, health authorities said.

MERS is considered a deadlier but less-transmissible cousin of the SARS virus that erupted in Asia in 2003 and infected 8,273 people, nine percent of whom died, and sowed economic chaos.

Since MERS first appeared in September last year, virtually of the deaths have been in the Gulf or among people who had recently travelled there.

Nanomaterials Database Improved to Help Consumers and Scientists
Nanomaterials are the heart of the smaller, better electronics which are developed during the last ....

Saudi MERS Virus Toll Rises to 52
The Saudi health ministry has announced that a woman in her 80s with the MERS virus has died in the ...

Saudi is Now MERS-Free Before Hajj
Saudi authorities have recorded no cases of the MERS virus before the annual hajj which is expected ...