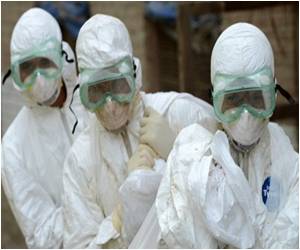 Fujian has confirmed 15 cases since the start of 2015, Xinhua news agency reported. It did not say when the two patients died.

Taiwanese authorities slaughtered nearly 5,830 geese at three farms in Chiayi, after 14 more farms were confirmed to have been infected in the latest outbreak of avian influenza.
Advertisement

Another human infection was reported in the adjacent province of Jiangxi on Friday, Xinhua said, while both the municipality of Shanghai and neighbouring Zhejiang province have reported cases "this winter".


Cases of the virus accelerated in China in 2014, with statistics compiled by health authorities in Beijing showing 310 cases were diagnosed on the mainland from January until December 10, including 132 deaths. Another death was recorded on December 29.

The Sultanpur National Park, a bird sanctuary in Gurgaon, India, has been shut down after nearly 40 birds were found dead inside on Saturday, triggering fears of bird flu.
Advertisement
In 2013, the country recorded 46 deaths and 144 cases since the outbreak started in March of that year.

The virus ignited fears that it could mutate to become easily transmissible between people, threatening a global pandemic.

But Chinese officials and the World Health Organization have said there is no evidence of sustained human-to-human transmission, despite occasional instances of apparent infection between family members.

The report came as Taiwan said it had begun culling an additional 22,000 birds Saturday after they tested positive for the H5 strain of the virus in the island's worst bout of the disease in a decade. More than 200,000 birds have now been killed there in just over a week.

Taiwan has reported several outbreaks of H5N2 but has no recorded cases of the potentially deadly H5N1 strain, although authorities said pet birds smuggled from China tested positive for the strain in 2005 and 2012.

Taiwanese authorities have ordered the slaughter of 8,500 geese at five farms in Yunlin and Chiayi; and 7,500 ducks at a farm in Pingtung to try to curb a bird flu outbreak.
Advertisement
Advertisement