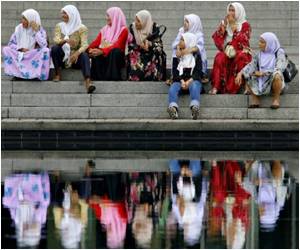 Turkish lawmakers have repealed the ban on trousers being worn by women lawmakers in the assembly following a major government reform that allows them to wear Islamic headscarves.

The end to the trouser prohibition was approved late Wednesday when ruling party lawmakers backed a motion on it.

The issue came to the fore after a female opposition lawmaker with a prosthetic leg and arm, Safak Pavey, complained in a parliamentary address last month about being forced to wear skirts in the chamber.

The AKP has a comfortable majority in the 550-seat parliament with 327 deputies. There are a total of 79 female lawmakers.