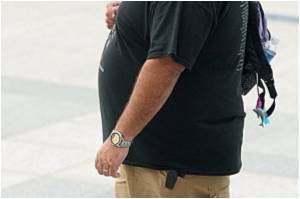 Turkey government has launched a new anti-obesity campaign that may aid one million Turks to lose weight over the next year.

The numbers are staggering: a little over one out of every three people is obese, according to health ministry figures. Even more when it comes to women.

"The fight against obesity starts now," say publicity spots rolled out by the ministry to push back against lifestyle changes doctors believe are bulking up the 73 million population.


"Modern-day life has set constraints that make us eat faster and more without paying attention to the quality of the food we're ingesting," said paediatrician Murat Tuncer, a specialist in blood disorders.

Slide show which explains obesity causes and tips on how to lose weight. Exercising before breakfast is most effective for weight loss.
Advertisement
But on the upside, he added, as a Mediterranean country Turkey has all the vegetables, fruit and fish required for a healthy diet.

The ministry sounded the alarm on the problem last month.

"Thirty-five percent of the population is obese," said Health Minister Recep Akdag, who himself recently set an example by losing 10 kilograms (22 pounds) and recommends a walking regime of 10,000 steps a day.

With more and more Turks in treatment for obesity-triggered diseases such as hypertension and diabetes, the government has started pushing health and dietary tactics, along with the television and newspaper ads, to urge Turks to eat less and work to lose weight.

Over the summer, family doctors will distribute pedometers, so people can record their walking distance, and monitor the progress of their overweight patients.

And in a change introduced July 1, bread is now sold with less salt and more wholewheat flour, making it richer in fiber, a key change for a country where bread is a mainstay of the national diet,

To prevent childhood obesity, Turkish television will only air adverts for healthy food and a balanced diet.

The campaign comes at a time when obesity -- recognized since 1997 as a disease by the World Health Organization (WHO) -- is increasingly a global issue.

A person is considered overweight if his body mass index (BMI), a measure of body fat based on height and weight, is over 25, while a BMI over 30 qualifies one as obese.

A study published in June by the London School of Hygiene and Tropical Medicine, and based on 2005 figures, showed that 74 percent of the North American population was overweight, with 56 percent in Europe, 29 percent in Africa and 24 percent in Asia.

"The average (weight) is increasing everywhere. Everybody is getting fatter, even the thin people are getting fatter," co-author Ian Roberts told AFP at the time.

In Turkey, the world's 17th biggest economy, the number of people treated for diabetes has gone up 90 percent in 12 years, said Yunus Yavuz, a specialist in metabolic diseases.

But there is hope.

"Obesity is a preventable disease. It's enough to slim down to extend your life expectancy and quality of life," Yavuz said.

And for those with extreme BMIs, surgery is always an option. Thirty-four year-old Gulsah Bulbul recently went in for a gastrectomy after weighing in at 147 kilograms.

"Whenever I entered a clothes store, they would tell me, 'there is nothing here for you," she said after the surgery.

"I wasn't suffering from a physical problem but a psychological one," she added.

The best way to lose weight and reverse disease could be to jump into a completely dairy-free, plant-based diet. This could be a revolutionary new way of eating for Indians.
Advertisement
<< Drug That Boosts Memory in Down Syndrome Patients Discovered
Kawasaki Disease In Childhood and Raised Risk Of Adult Heart... >>

Obesity
News Archive
News Resource
Advertisement
News Category
Parents are 'Winging It' on Their Kids' Mobile Use Ankle and Ankle Movements While Riding an Hoverboard Is It Healthy to Let Your Mind Wander? Walk Till it Hurts: Good News for Peripheral Artery Disease Patients Plus Size Models and Social Media: Where Do They Fit In?
More News
Sign up for Wellness Consult a Doctor Sign up for Selfcare

Blood Donation - Recipients Vent Forte (Theophylline) Diaphragmatic Hernia How to Reduce School Bag Weight - Simple Tips Indian Medical Journals Loram (2 mg) (Lorazepam) Find a Hospital Calculate Ideal Weight for Infants Find a Doctor Pregnancy Confirmation Calculator
This site uses cookies to deliver our services. By using our site, you acknowledge that you have read and understand our Cookie Policy, Privacy Policy, and our Terms of Use