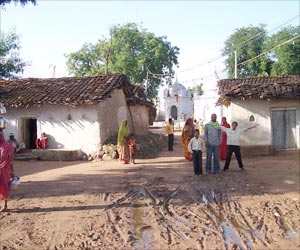 Bangladesh came into existence only in 1971, when the West and East parts of Pakistan split after a bitter war which drew in neighboring India. Bangladesh spent 15 years under military rule and, although democracy was restored in 1990, the political scene there remains volatile. Manik Sarkar, Tripura Chief Minister, during his address at the Bangladesh Independence Day and National Day celebrations organized by the Bangladesh diplomatic mission, said, "If there is any turmoil in Bangladesh, it also affects India's peace, stability and integrity."

Deadly Bird Flu H7N9 may Spread to India, Bangladesh and Other Countries

The dangerous strain of avian flu, H7N9 which is responsible for many deaths in China, may actually be spreading to other areas like Indonesia, Vietnam, India and Bangladesh, a new study suggests
Advertisement

Sarkar said, "Those unhappy at the creation of Bangladesh as a sovereign nation are conspiring against the internal normal democratic process of that country. International fascist forces are backing these conspirators. Those who oppose Bangladesh's freedom even assassinated Bangabandhu Sheikh Mujibur Rehman (on August 15, 1975). The assassination was an international conspiracy too. The assassination of Bangabandhu was not possible without help from internal forces of Bangladesh. After Bangabandhu's assassination, attempts continued to keep Bangladesh unstable. An uncertainty always gripped the minds of people of that country. To come out from this situation, the present Bangladesh government led by Prime Minister Sheikh Hasina is trying its best. Despite an unfavorable situation, the Hasina government was working for Bangladesh's development and maintaining cordial relations among the people. We always want a peaceful and developed Bangladesh for the interest of our country."

Bangladesh sent medical teams to check millions of cows set for slaughter due to fears that they have been pumped with banned steroids for fattening ahead of the Eid.
Advertisement