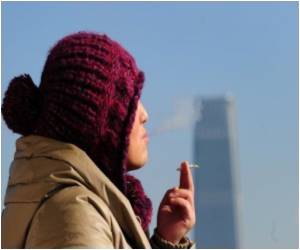 A groundbreaking trial gets underway against three leading tobacco companies which face a $25 billion lawsuit for allegedly failing to adequately warn smokers of the dangers of cigarettes.

Plaintiffs have filed two separate class actions in what is Canada's biggest-ever civilian lawsuit, against Imperial Tobacco, JTI-Macdonald and Rothmans Benson & Hedges in the Superior Court of Quebec.

The first class includes 90,000 current and former smokers in Quebec who say they have fallen ill with a range of smoking-related ailments including emphysema and cancer of the throat and larynx, and are seeking $105,000 Canadian per person.


The second suit was filed by 1.8 million current smokers who say they are unable to quit the tobacco habit, and are seeking $10,000 per person.

According to court documents, the plaintiffs accuse the Canadian tobacco companies of hiding research which has established a link between smoking and serious health problems like cancer.

Approximately half the smokers die due to smoking -related diseases. But it is not just the smokers who are at the receiving end. The passive smokers too, often pay a heavy price. If you still have not 'kicked the butt', learn more horrifying facts about smoking by participating in the following quiz.
Advertisement
The suit also alleges that tobacco firms in Canada have tried to manipulate the levels of nicotine in their cigarettes, increasing the levels of dangerous tar and have also added certain products such as ammonia.

Mario Bujold, director general of the Quebec Council on Tobacco and Health said told AFP that one of the witnesses will be Robert Proctor, author of "Golden Holocaust," a book about alleged nefarious practices by the US tobacco industry.

Quebec is only one of several Canadian provinces seeking monetary damages from the tobacco manufacturers.

Several provinces, led by British Columbia, are also suing Canada's tobacco companies in hopes of recovering billions of dollars spent by their health insurers to treat the victims of tobacco use.

Tired of people asking you to stop smoking around them? Don't want to be ordered around by public smoking bans? Simple steps that help you to quit smoking.
Advertisement
<< New Drug Target for Kidney Disease Identified
3-D Paper Sensor to Test for Malaria, HIV >>

More News on:
Smoking And Tobacco