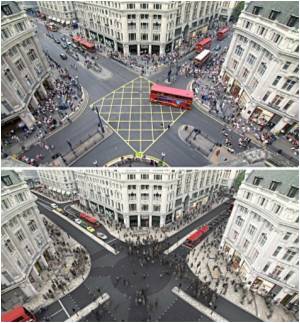 With 100 ping pong tables popping up around the city a table tennis craze is set to sweep the British capital this summer, as the sport sheds its geeky image to become the latest urban trend.

The four-week Ping! festival, which kicked off on Thursday, hopes to tap into the game's growing popularity in a bid to get more British people to play sports by the time the Olympic Games take place in London in 2012.

The initiative, supported by the English Table Tennis Association (ETTA), will see 100 tables crop up in parks, museums and shops across the capital, and even Heathrow Airport is getting in on the action.


Table tennis is the world's second most popular sport after football, with over 300 million registered players.

Although it was invented by the British, it is much more widely played in Asian countries. The Chinese consider it their national sport.

Adolescent depression is an ailment that occurs during the teenage characterized by persistent melancholy, disappointment and loss of self-esteem.
Advertisement
But ping pong is undergoing a radical image change in Britain, and where it was once seen as a nerdy activity, it is now being embraced by hip city dwellers.

"It's being played in a number of bars now and we want to ride on the crest of the wave here."

Part of the appeal is that it is "easy to set up and easy to learn", says Gray.

"You can have lots of fun in a short space of time and that appeals to busy city people."

Which might explain why Charlie Evans, 32, dropped by after work.

"I saw it advertised on the Internet and thought I'd give it a try," he says, still wearing a tie as he waits for his turn at the table, racket at the ready.

He adds that he still thinks ping pong is "a bit geeky", but says that's part of the fun. "It's a geek-chic thing, isn't it?"

But London is not alone in rediscovering the joys of table tennis.

One of the first to embrace "trendy" ping pong was the Dr. Pong bar in Berlin, which offers a musical chairs version of the game and gets up to 20 punters involved, often playing with a beer in one hand and a bat in the other.

Invented in Victorian-era England, the game then known as "whiff whaff" is thought to have started out as after-dinner entertainment, with players using books as rackets and champagne corks for balls.

It became an Olympic sport in 1988, and Chinese players have dominated the medal tables ever since.

Online Depression Screening Test tells if you have mild or chronic depression based on your depression symptoms. Learn how to deal with depression by using this self-assessment calculator.
Advertisement
<< Church Troubled by Italian Expose on Gay Priests
Gene Causes Victims of Childhood Bullying Suffer Aftermath T... >>

Daily Calorie Requirements Blood Donation - Recipients A-Z Drug Brands in India Find a Doctor Vent Forte (Theophylline) Iron Intake Calculator Sinopril (2mg) (Lacidipine) Drug Side Effects Calculator Find a Hospital Pregnancy Confirmation Calculator
This site uses cookies to deliver our services.By using our site, you acknowledge that you have read and understand our Cookie Policy, Privacy Policy, and our Terms of Use  Ok, Got it. Close
×