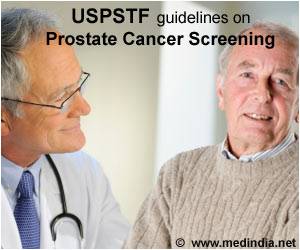 A multicenter study led by researchers in the UCLA Department of Urology says that older prostate cancer patients with other underlying health conditions should think twice before committing to surgery or radiation therapy for their cancer.

The study reports the 14-year survival outcomes of 3,000 men diagnosed with prostate cancer between 1994 and 1995. The results suggest that older patients with low- to intermediate-risk prostate cancer and who have at least three underlying health problems, or comorbidities, were much more likely to die of something other than their cancer, said study first author Dr. Timothy Daskivich, a UCLA Robert Wood Johnson fellow.

"For men with low- to intermediate-risk disease, prostate cancer is an indolent disease that doesn''t pose a major risk to survival," Daskivich said. "The take home point from this study is that older men with multiple underlying health problems should carefully consider whether they should treat these tumors aggressively, because that treatment comes with a price."


Aggressive treatments for prostate cancer, including surgery, external radiation and radioactive seed implants, can result in major side effects, including erectile dysfunction, urinary incontinence and bowel problems. Also, the survival advantage afforded by these treatments does not develop until approximately eight to 10 years after treatment. In many cases, either "watchful waiting" or "active surveillance"- monitoring the patient''s cancer very closely with regular biopsies and intervening with surgery or radiation if the disease progresses - is better than hitting the disease with everything in the treatment arsenal, Daskivich said.
Advertisement
The study appears May 21, 2013 in the early online issue of the peer-reviewed journal Annals of Internal Medicine.

The men in the study completed surveys within six months of diagnosis to document what other medical conditions they had at that time. Researchers then determined survival outcomes at 14 years from the time of diagnosis using information from the Surveillance, Epidemiology and End Results database.

"This was a great opportunity to get a glimpse at the long-term outcomes of these men diagnosed with prostate cancer in the mid-1990s," Daskivich said. "What we were most interested in was their survival outcomes. We wanted to prove that in older men with other health problems, the risk of dying from their cancer paled in comparison to the risk that they''d die from something else."

"If you''re very unlikely to benefit from treatment, then don''t run the risk and end up dealing with side effects that can significantly impact quality of life," he said. "It''s important for these men to talk to their doctors about the possibility of forgoing aggressive treatment. We''re not talking about restricting care, but the patient should be fully informed about their likelihood of surviving long enough to benefit from treatment."

However, Daskivich said, older men with high-risk, aggressive prostate cancers may benefit from treatment so they don''t die of their cancers. The risk of death from high-risk prostate cancer was 18 percent over the 14 years of this study.

Daskivich said there was very little long-term data prior to this study on which patients could base these crucial decisions. The study will result in patients who are much better informed on the risks and benefits of treatment.

Many men as they age will develop prostate cancer and not know it, because it''s slow growing and causes no symptoms. Autopsy studies of men who died from other causes have shown that almost 30 percent over the age of 50 have histological evidence of prostate cancer, according to a study published in 2008 in the journal Urology.

The study was funded by the Robert Wood Johnson/VA Clinical Scholars Program, the Urology Care Foundation of the American Urologic Association, the American Cancer Society and the National Institutes of Health.