Treating Diabetes With Your Own Immune System 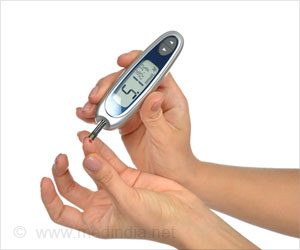 Inflammation, could cause diabetes. Yes! Inflammation processes are responsible for the failure of insulin production in diabetes patients. A patients' own immune systems can contribute to treatment of this disease. A research team at the University of Basel and University Hospital Basel have discovered a feedback mechanism that could help maintain insulin production in overweight sufferers and is published in the journal Immunity.

In their study, the Basel-based researchers focused specifically on recently discovered ILC2 immune cells in the pancreas, where, under diabetic conditions, the protein IL33 is activated, among others. This protein stimulates the ILC2 cells, which trigger the release of insulin in overweight individuals using retinoic acid and could therefore be used to inhibit the failure of insulin production.

Advertisement
‘Stimulating the ILC2 cells, which trigger the release of insulin in overweight individuals using retinoic acid and could be used to inhibit the failure of insulin production.’

The research conducted by scientists at the Department of Endocrinology, Diabetes and Metabolism at University Hospital Basel and the University of Basel's Department of Biomedicine gives an insight into an inflammatory network that could contribute to the maintenance of insulin production in diabetics. The complex interactions between endocrine cells and immune cells are clearly significant for the maintenance of insulin release.


It is already known that obesity and diabetes lead to an excessive, pathological activation of the immune system in which the messenger substance IL1-beta plays a central role. This results in the death of insulin-producing cells. However, if IL1-beta is blocked, diabetes and its complications - in particular cardiovascular diseases - can be inhibited. Diabetic inflammatory reactions are already finding use in clinical applications.