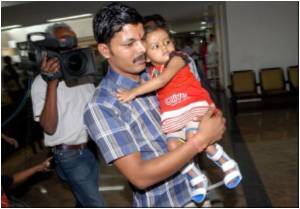 The findings of researchers at University of Notre Dame have been published in the Proceedings of the National Academy of Sciences.

"It's something nobody has done before," says Malcolm Fraser, Jr., professor of biological sciences. The project, which used Fraser's piggyBac vectors to create transgenic silkworms with both silkworm and spider silk proteins, was a collaboration of his laboratory with Donald Jarvis and Randolph Lewis at the University of Wyoming. Jarvis's lab made the transgene plasmids, while Fraser's lab made the transgenic silkworms and Lewis's lab analyzed the fiber from the silkworms. Results showed that the fibers were tougher than typical silkworm silk and as tough as dragline silk fibers produced by spiders, demonstrating that silkworms can be engineered to produce such improved fibers.


Commercial production of spider silk from spiders is impractical because spiders are too cannibalistic and territorial for farming. Researchers have experimented with producing the stronger material in other organisms, including bacteria, insects, mammals and plants, but those proteins require mechanical spinning - a task the silkworms perform naturally. The stronger fiber could find application in sutures, where some natural silkworm silk is used, as well as wound dressings, artificial ligaments, tendons, tissue scaffolds, microcapsules, cosmetics and textiles.

Giant strides made in genetic therapy include the the real-life tale in which spider silk shows promise for overcoming a major barrier to the use of gene therapy in everyday medicine,
Advertisement
This work is the culmination of a research effort begun more than 10 years ago with an internal award from the University of Notre Dame to Fraser to develop silkworm transgenics capabilities, a two year NIH R21 grant awarded to Jarvis, Lewis, and Fraser, and several years of supplemental funding from Kraig BioCraft Laboratories. The success of this research would have been impossible without the ability to carry out silkworm transgenesis, mastered by Bong-hee Sohn and Young-soo Kim in the Fraser lab at the University of Notre Dame.

Kraig Biocraft Laboratories, Inc., with Fraser, Lewis and Jarvis on its scientific board, is currently evaluating several business opportunities for this first generation fiber for both textile and non-textile use. The researchers ultimately expect to improve on the first-generation product to make even stronger fibers.

The Solution to Repair Body's Bones may Lie in Spider Silk