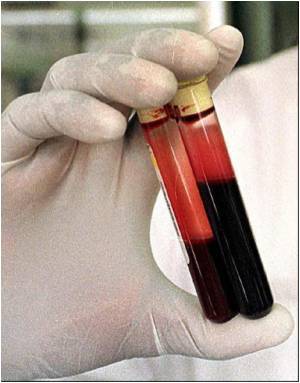 A report in the July issue of Archives of Surgery, one of the JAMA/Archives journals says that transfusion with a trauma patient's own blood may offer a cost-effective alternative to transfusion with blood from another individual as a resuscitation method during surgery.

Injury from trauma is the leading cause of death for individuals age 1 to 44 years, and extensive blood loss plays a significant role in as many as half of these deaths, according to background information in the article. This is particularly true for deaths that occur in the operating room or within the first 24 hours after the injury. Patients who are in shock from hemorrhaging require a transfusion, most commonly with packed red blood cells and plasma. "Any transfusion with allogeneic [from another individual] blood products is associated with a variety of complications, including transfusion reaction, transmission of infectious diseases and sensitization to antigens," the authors write. "Furthermore, transfusion of allogeneic blood products in trauma patients has been independently associated with increased morbidity and mortality, particularly when transfusing older, stored blood products."

Carlos V. R. Brown, M.D., of University Medical Center Brackenridge, Austin, Texas, and colleagues studied 47 adult trauma patients who underwent an emergency operation and received intraoperative cell salvagea process by which shed blood is collected and processed so the red blood cells can be transfused back into the patientin 2006 or 2007. For each of these patients, the researchers selected a comparison patient who was the same sex, age, had the same mechanism and severity of injury and underwent the same operation, but without cell salvage.


Patients in the cell salvage group had an average intra-operative blood loss of 1,795 milliliters, and received an average return of 819 milliliters of their own blood. They received fewer intraoperative and total units of allogeneic packed red blood cells than the comparison group (two vs. four units during surgery and four vs. eight units total), and also received fewer total units of plasma (three vs. five units).

Encyclopedia section of medindia gives general info about Cord Blood
Advertisement
The cost of blood product transfusion, including the total cost of cell salvage, was less in the group receiving this procedure ($1,616 vs. $2,584). The groups had similar average lengths of stay in the intensive care unit (eight days in both groups) and in the hospital (18 days for the cell salvage group and 20 for the comparison group), and there was no difference in death rates (six patients or 13 percent in the cell salvage group vs. 10 or 21 percent in the comparison group).