Transcranial magnetic stimulation (TMS) shows promise in minimizing the effects of early dementia and proves a safe and effective method for treating acute migraine, primary progressive aphasia (PPA), and the effects of stroke, reports a new study. The findings of the study are published in the journal Current Neurology and Neuroscience.

A TMS device is made of one or two copper coils, positioned on an external, targeted area of a patient's scalp, which produces brief, magnetic pulses to an estimated depth of approximately 2 to 2.5 centimeters.


‘Transcranial magnetic field triggers changes in neuronal activity and communication, which can alter unwanted activity within the brain. ’


"TMS can work as a stimulant or an inhibitor of cerebral activity, or both," says Dr. Iglesias. In addition, different sized coils and varying magnetic impulses can impact outcomes, depending on a patient's neuroplasticity--the capacity for neurons and the nerve cells to change and compensate for injury and disease.

"Most importantly, TMS is well-tolerated by most patients with few side effects," says Dr. Iglesias.

Transcranial magnetic stimulation is approved by the Food and Drug Administration (FDA) to treat major depression and obsessive-compulsive disorder (OCD). According to the article, appearing in the February 4, 2020 journal Current Neurology and Neuroscience Reports, there are 1,641 studies underway utilizing TMS to treat a broad array of other neurological disorders, including more than 60 trials alone studying the effects of TMS to diminish or reverse the effects of early dementia. The most promising results are in the treatment of acute migraines and primary progressive aphasia (PPA), and the effects of stroke.

"TMS has now opened the field of neurology in multiple areas," says Dr. Iglesias. "And, there are many variables that could be studied and arranged to improve brain functionality and network connections."

Loyola Medicine is already successfully utilizing TMS in the treatment of depression and OCD, and "it is my hope that we can begin to explore utilizing this treatment for dementia, and specifically the early effects of PPA, which can rapidly diminish language and other cognitive skills," says Dr. Iglesias. 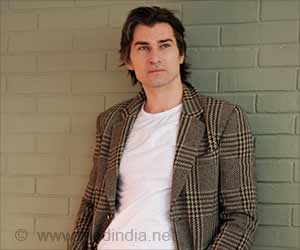 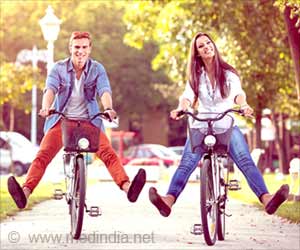 Having a Happy Partner can Help You Stave Off Alzheimer's Disease, Dementia
Want to live longer? Then, choose a happy life partner. Having a happy and optimistic partner can help you ward off mental health problems such as Alzheimer's disease, dementia, and other cognitive illnesses. So, share more love and happiness to ...
READ MORE